Accessibility links
Bob Mould: From Husker Du to Solo : World Cafe A constantly evolving guitarist, vocalist, and songwriter, Mould has been an influential and even iconic musician for more than two decades, having fronted the pop-rock bands Husker Du and Sugar. Hear an interview. 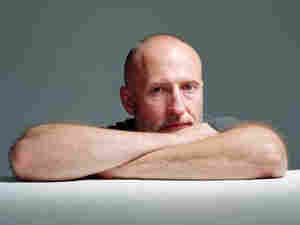 A constantly evolving guitarist, vocalist, and songwriter, Bob Mould has been an influential and even iconic musician for more than two decades. Mould fronted the rock band Husker Du — one of the acts that defined alternative rock — before exploring a poppier direction with Sugar in the early '90s.

As a solo artist, Mould has released everything from Sugar-style pop music to dance and electronica, even adopting a separate persona as "LoudBomb" for his electronic works. He's also explored artistic pursuits outside of music, taking time away to pursue a career in scriptwriting for professional wrestling. But in recent years, he's become a noted remixer, recently reworking Interpol's "Length of Love" as a dance track.