Accessibility links
Catholics a Key Voting Bloc in Ohio Catholic voters have supported New York Sen. Hillary Clinton by a margin of 2 to 1 this primary season. But exit polls from Wisconsin on Feb. 19 show that margin may be evaporating. Clinton will need the Catholic vote to carry the crucial state of Ohio on March 4.

Click "enlarge" for a snapshot of how Catholics have voted so far in Democratic primaries. NPR hide caption 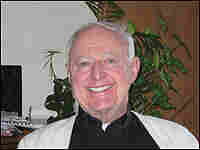 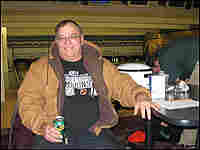 In this primary season, exit poll have shown that Catholics represent roughly 1 in 4 votes.

Republican Catholics often cite abortion as the top issue, but for Catholics who are Democrats, other issues are more dominant.

In the Democratic race so far between New York Sen. Hillary Clinton and Illinois Sen. Barack Obama, Clinton has been the choice among Catholics. She will need their support to carry the crucial states of Texas and Ohio for the March 4 primaries.

In contests held through Super Tuesday, exit polls indicated that Clinton overwhelmingly won the Catholic vote. In delegate-rich states such as California, Massachusetts, New York and Connecticut, the Catholic vote went for Clinton by a margin of 2 to 1. She also racked up big margins in New Mexico and Arizona and won the demographic in every state except Missouri and Georgia.

In the coming Ohio primary — seen as a must-win for Clinton — the Buckeye State's large population of older, white Catholics is a strategic focus. Both campaigns know it, but that does not make their jobs easy, according to the Pew Center's John Greene, who studies the intersection of religion and politics.

"There certainly is no Catholic bloc vote these days, like there may have been, say, in the 1960 election, when John F. Kennedy was running for election and the first Catholic was elected to the White House," Green says.

It could be that Clinton has done well with Catholics because so many are blue collar, or because they are older — two categories of voters that Clinton has carried. But, Green also points out that exit polls from the Wisconsin primary on Feb. 19 indicate that the "Catholic gap" that Clinton has enjoyed could be evaporating. There is a possibility that Clinton and Obama could split the Catholic vote.

Bob Gehler, 58, is bowling with his wife, her sister and her brother-in-law, along with a friend. Gehler is one of the Catholic voters whom Clinton is counting on in Ohio.

"Hillary's groomed. She has more experience to get the things done," he says.

But Gehler is still considering Obama, too.

Gehler says the fact that he is a practicing Catholic has no bearing on his vote on primary day. Maureen Samberg, 61, who is also at the bowling alley, agrees with Gehler.

These are voters who say their top issues are jobs, health care and finding a way out of Iraq.

The next day at Toledo's Regina Coeli Catholic Church, Father Jim Auth presides over the daily 8 a.m. Mass. The majority of the three-dozen worshippers are retirees, including Sue Szyskowski, a retired homemaker.

"I think Hillary is smarter," Szyskowzki says. "She's very intelligent. I think Obama is going to change everything. That's all he says. He's going to change this; he's going to do this. That's not possible. And he's too young and inexperienced. So I'll vote for Hillary."

But Frank Desposito, a retired business manager, is drawn to Obama as "a new face."

"[Obama] probably has new ideas — maybe turning back the clock to 1960, to a J.F.K.-type of situation," Desposito says. "Hillary, I can't see how anybody can say ... you know, change. She's 35 years in the business. What kind of change is she going to give you?"

None of these Catholic Democratic voters mention what is generally assumed to be the big issue for Catholics, which is abortion. Father Auth says the issue is important to these voters, but he says that they also look at what he calls broader life issues, such as the war, the death penalty and services for the poor.

Even if Catholics are not the voting bloc they were in generations past, their vote will be watched closely in Ohio and elsewhere. What they do in the primaries will be a sign of their direction in November — especially in a big swing state like Ohio.