Accessibility links
'Leave Britney Alone,' One Writer Pleads Asra Nomani, former reporter for the Wall Street Journal, says that after witnessing her brother's struggle with mental illness, it is impossible for her to find the entertainment or news value in the coverage — or harassment — of Britney Spears.

Listen to this 'talk of the Nation' topic

Listen to this 'talk of the Nation' topic 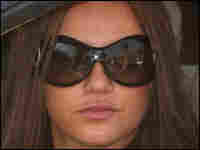 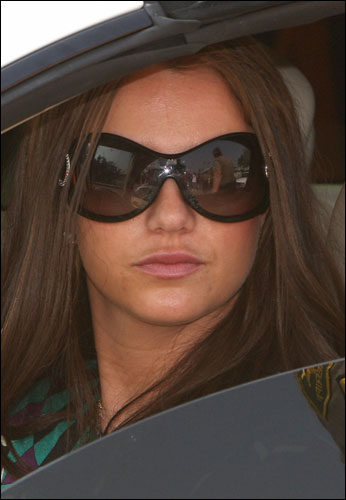 Britney Spears arrives at a court appearance in October.

Blog of the Nation: 'More Schaden Than Freude'

Asra Nomani, former reporter for the Wall Street Journal, says that after witnessing her brother's struggle with mental illness, it is impossible for her to find the entertainment or news value in the coverage — or harassment — of Britney Spears. Nomani's recent op-ed, "Leave Britney Alone," appears in the Los Angeles Times.

"Mental illness doesn't always elicit compassion," Nomani writes. "It's hard to see, so it's hard to understand. ... All of us should reflect on the fact that we wouldn't be so cruel to somebody diagnosed with another disease. Would we make a sideshow of someone with a brain tumor?"

NPR correspondent Karen Grigsby showed up at the spot outside Britney Spears' home where the paparazzi hang out, hoping to get their take on the "Britney Bill." No one would talk. Then someone got a call and the chase was on.

Karen Grisby Bates Chases the Paparazzi as They Chase Britney 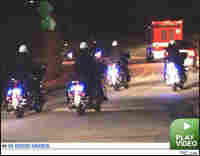 TMZ covered Britney's trip to the hospital on Jan. 31 in extensive detail, with photos, video and constant updates. Screengrab from tmz.com hide caption

Click for TMZ's Coverage of Britney's Trip to the Hospital
toggle caption
Screengrab from tmz.com

The photo of Britney Spears shaving her head reportedly garnered $350,000. Sometimes, tabloids are willing to pay even more than that for an exclusive shot of a star. When a single photo is worth more than most people's homes, is it any wonder that photographers are willing to go to extremes?

Kitson on Robertson Boulevard is a popular place for celebrities such as Paris Hilton to buy clothes. Consequently it's often swarming with paparazzi to the disgust and delight of patrons. Amy Walters, NPR hide caption 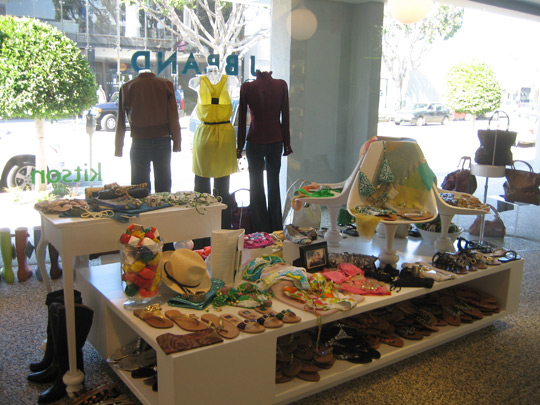 Kitson on Robertson Boulevard is a popular place for celebrities such as Paris Hilton to buy clothes. Consequently it's often swarming with paparazzi to the disgust and delight of patrons.

When Britney Spears had a recent medical crisis in her mansion overlooking Beverly Hills, it took a dozen motorcycle police and an LAPD helicopter to escort the troubled singer's ambulance to Cedars Sinai Medical Center, through throngs of paparazzi.

Spears was not the only one who suffered from the intense attention — the public was endangered by the reckless tactics of celebrity photographers and videographers, according to Los Angeles City Councilman Dennis Zine. The former cop has introduced a motion that would require the paparazzi to leave a "personal safety zone" around their celebrity quarry.

"I was a motorcycle supervisor for the LAPD for almost 40 years. In my time, we never had to do that — never!" Zine told reporters as he presented his idea.

He says his proposal would not interfere with efforts of mainstream media or individuals who want to take photos in a safe manner.

"What we're saying is you're not going to go on the road and block traffic. You're not going to be going down the street on the wrong side of the road, parallel to a car, and take pictures of a person, blind the driver and have him crash."

Zine hasn't ironed out the specifics, but ultimately, he hopes to avoid an American version of Princess Diana's death in 1997, he says.

Some business owners are happy.

"It's about time someone cracked down on the paparazzi," says Shallom Berkman, the co-founder of Urth Cafe, a trendy celebrity magnet in West Hollywood. "It's almost like a siege. They just run in and they're out before you know it. They don't look or care what they're doing. They could trample a small child or knock into someone with a coffee. They're very destructive, very dangerous."

Berkman recalls what happened one day when Lindsay Lohan stopped by for some of coffee.

"One of the cars pulled up into our handicapped spot driving about 30 mph, putting on the breaks. Only feet away from people sitting enjoying themselves."

The number of paparazzi in L.A. has grown exponentially in the last couple of years, largely because of the money that can be made on an exclusive shot. That famous photo of Britney shaving her head, for example, reportedly went for $350,000.

Harvey Levin, executive producer of TMZ, a popular Web site and TV show that focuses on celebrity gossip and news, says the paparazzi frenzy revolves around the allure of striking it rich.

"It's almost like when people went into the wild, wild West, and they heard about gold," he says. "It wasn't an industry — it was a yahoo who decided they're gonna get part of the action. Well, that's what's happening with paparazzi."

X-17, one of the many celebrity photo agencies on constant Brit-watch denies employing reckless tactics.

"We're not interested in chasing someone down Van Nuys or Sunset Boulevard," says co-owner Brandy Navarre.

Getting an actual photorapher to discuss their tactics was a more challenging affair. When producer Amy Walters and I tried to interview the string of paparazzi lined up outside Britney's hilltop home, they acted as if our microphone was an uzi.

One paparazzo immediately jumped out of his car and walked up and down Mulholland Drive shouting, "She's recording! She's recording!" to his colleagues — a warning that they shouldn't talk to us. And they didn't. Windows rolled up tight. One guy in a SUV pulled his jacket over his head and pretended to sleep, treating me to faux-snoring. His driver chattered loudly on a cell that wasn't even turned on. Others pantomimed, "No, no, go away!"

So we did to the paparazzi what they do to celebs. We trailed them while they followed a tip about Britney's whereabouts. It was a struggle to keep up as a long strike of SUVs rushed through a red light and pulled an illegal U-turn.

It's actions like those that have Councilman Zine eager to take action.

TMZ's Levin says he agrees that something should be done but says that there are already laws on the books prohibiting reckless driving that simply need to be enforced more aggressively.

"They should be prosecuted when they start endangering people because it is going to cause a serious problem one day soon," he says.

Asked if he's worried that someone might get maimed or killed, he says, "Unless things change, it's almost inevitable."

And when it happens, there will, of course, be pictures.