Accessibility links
Artists Lament Polaroid's Latest Development Many of us have moved on to digital photography, but fans of Polaroid photos are mourning what they see as the end of an era. Polaroid, which no longer makes instant cameras, announced it would also stop manufacturing the film. 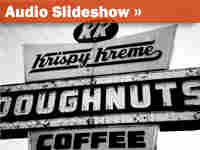 Take a tour of one Polaroid enthusiast's collection. 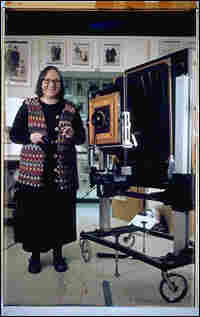 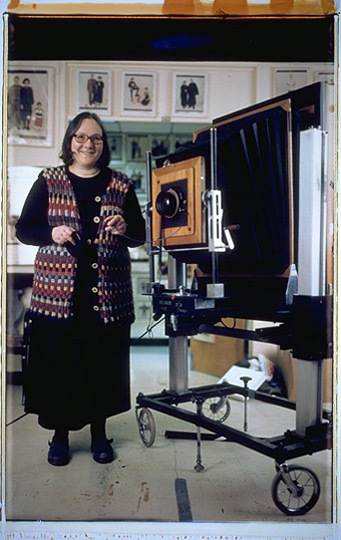 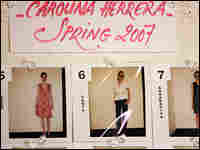 Fashion designers are among the professionals who still use Polaroids. Polaroids help the people backstage at fashion shows keep track of what ensembles should look like before models hit the runway. Bryan Bedder/Getty Images For IMG hide caption 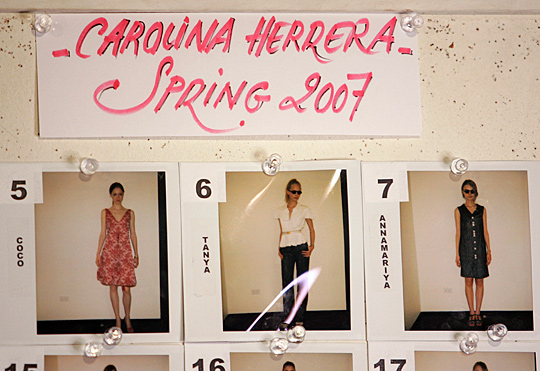 Fashion designers are among the professionals who still use Polaroids. Polaroids help the people backstage at fashion shows keep track of what ensembles should look like before models hit the runway.

Most of us have moved on to digital cameras, but some artists and enthusiasts smitten with instant photography are mourning what they see as the end of an era. Polaroid, which no longer manufactures instant cameras, announced earlier this month that it would close factories that make the film.

Elsa Dorfman is a 70-year-old photographer who has worked exclusively with Polaroid film for decades.

"It can't be replicated digitally — at least, I don't think so," Dorfman says. "It is so creamy and wonderful, so marvelous. And every picture is different."

Some Polaroid film is huge: Dorfman's camera makes prints that are 2 feet wide. She has shot portraits of Allen Ginsberg and other famous writers with her Polaroid. She loves the film.

Polaroid was founded in the Boston area by the inventor Edwin Land. Dorfman remembers that in the 60s, Polaroid was the Google or Apple of its day.

"He had aggregated all these really smart MIT people who worked for the company, and it was sort of an ideal kind of thing," she says.

But Polaroid didn't change with the times. The company didn't adapt well to the world of video and then digital cameras. In 2001, it declared bankruptcy and is now a shadow of its former self.

The company is still trying to survive. Scott Hardy, an executive vice president with Polaroid, says the company is getting out of instant film to focus on products such as a portable digital photo printer.

"Our goal is to bring the magic of instant pictures into the digital age and help ensure that the company's legacy lives on another 70 years in the digital age," Hardy says.

A fair number of people still use the instant film, though. Dermatologists snap pictures of patients' moles to watch them over time. One researcher uses the film to take X-rays of ancient mummies inside tombs. And some of the world's most famous artists still use it.

Chuck Close is an American painter who derives his works from photographs. He creates towering — sometimes 10-foot-tall — portraits. Some of those are in the Metropolitan Museum of Art in New York.

Close says he has Polaroids of every painting he has done.

He says he has probably 2,000 Polaroids.

Close likes the incredible detail you get from the large-format film. What's more, there's instant gratification: You see that final large image just minutes after you take the shot.

In her studio in Cambridge, Mass., Dorfman stands next to a camera that's taller than she is. It's a rare custom model built by Polaroid machinists out of wood, old gears — even a bicycle chain. The film is 24 inches by 20 inches; it costs $100 every time she snaps a photo.

Dorfman says she's never worked in digital — and she doesn't want to.

"For me, this is very emotional," she says of her Polaroid photography. "I'm not ready to do that. I'm not sure I could learn to be good."

Dorfman says the "seduction" of the digital camera — the ability to take picture after picture until snapping a good one — does not mean it's actually a better process.

"The person is more on if they know they only have a few shots," she says.

"I think it's like an endangered species," Close says. "You know, once it's gone, the whole ecology changes."

And Close mourns the end of Polaroid film for young photographers.

"They'll never know what it was like. If it is the end, it will be a truly gigantic shame for future generations," he says.

But Close and others have some hope: Polaroid is interested in licensing its film technology to another company. Fujifilm already has been making instant film for a small number of professional Polaroid cameras, but not for the vast majority of Polaroid cameras out there. So far, Polaroid has not announced any new licensing deals.