Accessibility links
Pig Virus Continues To Spread, Raising Fears Of Pricier Bacon : The Salt Porcine epidemic diarrhea, or PED, virus has killed about 1 million baby pigs in the U.S. since April. Its effect on the pork industry is small so far, but analysts say it could send pork prices rising if it isn't controlled. 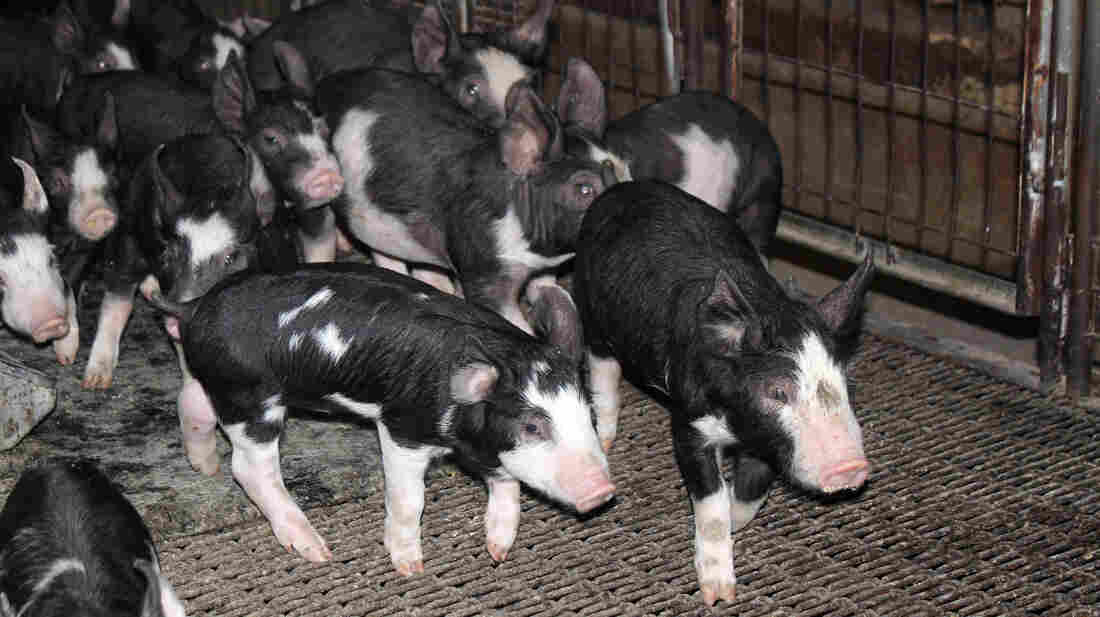 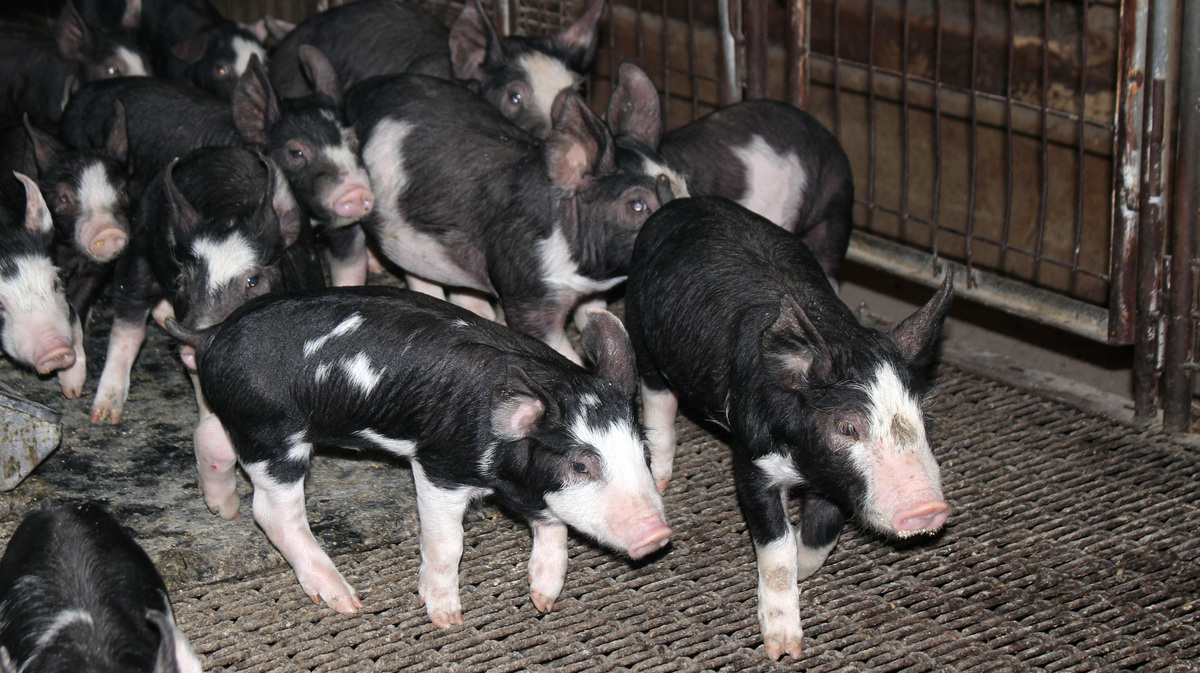 Piglets at Hilldale Farm in State Center, Iowa in March 2013, just before porcine epidemic diarrhea began spreading through hog farms in the U.S.

Pork producers across the country are grappling with a virus that's going after piglets. Livestock economists estimate the porcine epidemic diarrhea, or PED, virus has already killed about 1 million baby pigs in the U.S. since it was first found in Iowa last spring.

Canada reported its first case Thursday, and the disease shows no sign of abating. That has veterinarians worried.

"It's easy to imagine that we could have lost a million pigs, and before the winter is over I wouldn't be surprised if that impact would be maybe three, four times that," says Rodney Baker, a professor of veterinary medicine at Iowa State University. Iowa, Minnesota, North Carolina, Oklahoma and Kansas are the hardest hit, but the disease has appeared in 23 states.

So what's a pork lover to think? Is this going to send the price of bacon sky high?

The good news is: not yet.

"The losses from PEDV have not had a chance to filter all the way through even to the price of pigs yet," says Steve Meyer, president of Paragon Economics in Adel, Iowa.

Many other factors affect the price, including feed that, this year, is cheaper because of the huge corn harvest in 2013. Meyer says that farmers are also putting more meat on the hogs that will reach the market, hoping to reduce the overall loss of pork and keep prices steady.

A report by the U.S. Department of Agriculture from the end of December shows the total U.S. swine herd at nearly 66 million animals. Even though the 1 million pigs killed by the virus are just a small portion of the industry, those losses will translate into real dollars lost for the producers who expected to sell those piglets as full-size hogs.

Animal health companies are working on vaccines, and there's already one on the market. But Hank Harris, the founder of Harrisvaccines in Ames, Iowa which makes the one vaccine that's available, says it will not protect all piglets in infected herds.

"It's not giving 100 percent protection in those situations and so that's why we have a generation two vaccine that we're developing already," Harris says.

Since its arrival, PED has been spreading relentlessly, not unlike how a cold can rip through a preschool classroom even if kids are required to wash their hands. PED spreads within barns and from farm to farm, even when strict biosecurity measures — hand-washing for livestock workers — are in place. That's because it can survive in tiny bits of manure that travel on boots or trucks.

Adult pigs typically recover from the disease. But Baker says baby pigs are more vulnerable because of the dehydration brought on by diarrhea. He adds that the virus seems to thrive in cooler temperatures.

Across hog country, producers have tightened their operations and grown weary of visitors, even though it's the farms with sows and piglets that are at the greatest risk.

"We have recently discovered a PEDV break in a facility close to my farms," wrote Jacob Myers, manager of the swine farms at Iowa State University, in response to our request for a tour. "The vets have advised that we close farms to tours for the time being."

Baker says smaller, independent producers — ones that have fewer hogs and minimal contact with other farms — are having the most success keeping the virus out.

The PED virus poses no threat to food safety or human health. Unless, of course, it eventually sends the price of pork soaring, and pork lovers despairing.

Amy Mayer is a reporter for Iowa Public Radio. A version of this story appeared on the site of Harvest Public Media, a public radio reporting collaboration that focuses on agriculture and food production.