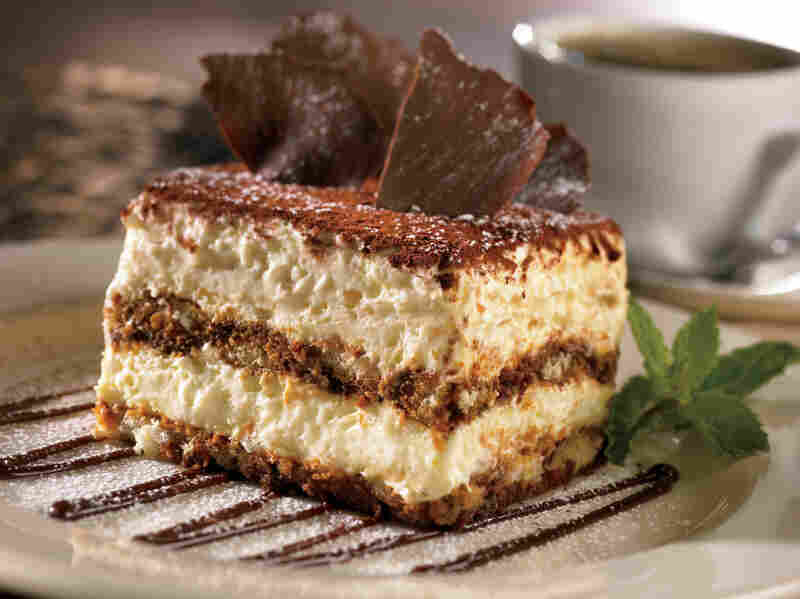 At 820 calories, Maggiano's tiramisu packs in more than the tiramisu served at Olive Garden (510 calories) or Macaroni Grill (690 calories). But it pales in comparison with the version served at Carrabba's, which has 1,060 calories. Maggiano's hide caption 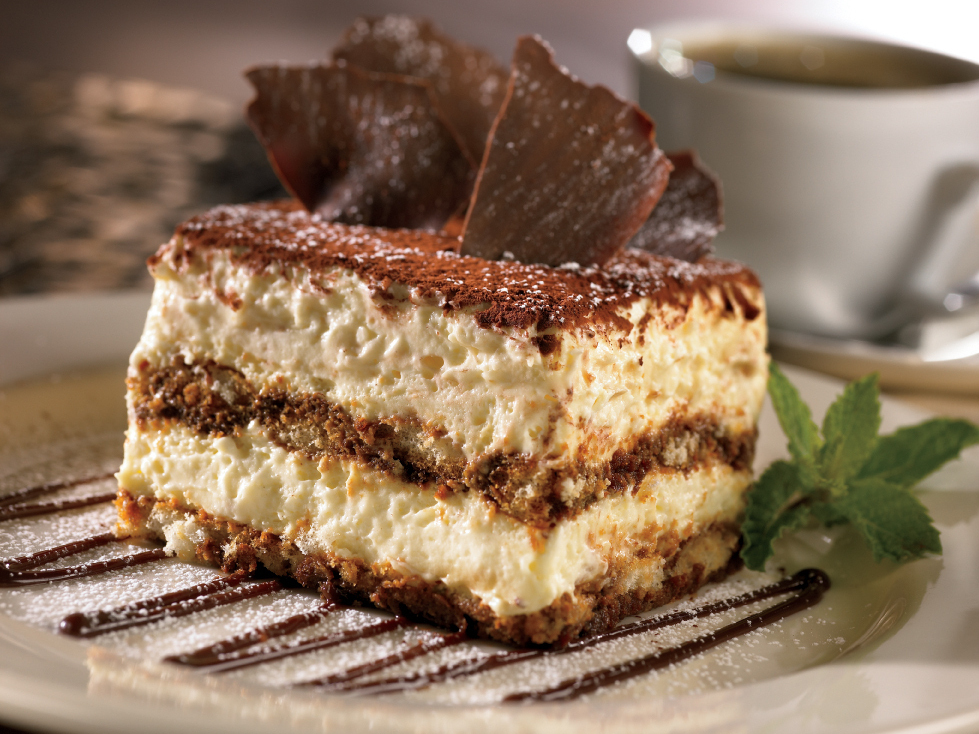 At 820 calories, Maggiano's tiramisu packs in more than the tiramisu served at Olive Garden (510 calories) or Macaroni Grill (690 calories). But it pales in comparison with the version served at Carrabba's, which has 1,060 calories.

A Mediterranean diet is all the rage, but don't confuse this healthful pattern of eating for what you're likely to be served in popular Italian-style chains.

A new report from the Center for Science in the Public Interest finds some astronomical calorie counts at these restaurants. Not to mention sodium.

Take, for instance, Maggiano's 1,680-calorie shrimp scampi pasta dish. How did they get so many calories in there? It's portion size and the pasta tossed with butter that explains it. "To your arteries and waistline, this dish looks like three Big Macs," the CSPI report says.

Or consider Olive Garden's 1,030-calorie "lasagna fritta" (yes, that means fried), which is served over alfredo sauce, which has enough butter, cream and Parmesan to supply you with 2.5 days of recommended saturated fat intake.

Meanwhile, the center cut filet mignon at Olive Garden has about one-third the 1,440 calories in the chicken alfredo.

The serving size explains the big difference. The filet mignon is small, weighing in at 6 ounces.

But the shrimp scampi pasta dish? In addition to the creamy sauce, there's a generous heap of pasta. And as we've reported, that many refined carbohydrates isn't doing your body any favors.

When CSPI first reviewed the menu option at Italian-style chain restaurants about 20 years ago, it concluded that fettuccine alfredo being served at popular chains was the equivalent of a heart attack on a plate.

"What's unfortunate [in this new analysis of Italian food] is that we found the food is getting fattier," says Jayne Hurley at CSPI. "They're deep frying their lasagna," Hurley says, and they're serving huge portions.

Now, to be fair, there are many lower-calorie options available.

The Olive Garden has a lighter Italian fare menu. "Our guests have told us they're looking for more variety and better-for-you options," Tara Gray of Olive Garden told us by email. She points to an increasing number of options under 575 calories such as lasagna primavera with grilled chicken and herb-grilled salmon.

As for Maggiano's, spokeswoman Ashley Johnson says the portions are "generous enough to share or to enjoy tomorrow at home." In addition, she says the chain will introduce 11 "lighter take" dishes such as chicken Parmesan, which will have at least a third fewer calories.

Also, she says, the chain makes miniature versions of all of its classic desserts, such as mini tiramisu at 240 calories and mini apple crostada at 330 calories.

That's a drastic reduction in size and calories from the chain's full-size apple crostada dessert, which has 1,330 calories and 23 teaspoons of sugar.

This larger-size crostada is the equivalent to, as the CSPI report points out, five baked apple pies and a vanilla cone at McDonald's.

So, why is it so easy to eat more than we intend to when we dine out? Well, until now, there's been little transparency. If customers wanted calorie information, they'd have to look it up online.

But this is about to change. The Affordable Care Act includes a provision that will require chain restaurants to post calories on menus. The details are being finalized now by the Obama administration.

"I think we are looking at full implementation [of calorie posting on menus] by spring 2015," Margo Wootan of the CSPI told us by email. Menu labeling is already in some cities including New York and Philadelphia and in California.