Accessibility links
'Little Scarlet': Easy Rawlins, Through the Flames Walter Mosley talks about race, rage and redemption — all major themes of his latest Easy Rawlins mystery, Little Scarlet, set in Los Angeles during the 1965 Watts Riots. Hear the author read passages from the book, and read an excerpt.

Mosley himself was a young teen in 1965 when the Watts section of Los Angeles erupted into violence. Back then, Watts was a virtually all-black, working-class neighborhood. When a routine stop and search of a young black man resulted in a bloody police beating, long-simmering anger over racism and excessive police force came to a rolling boil.

In Little Scarlet, Mosley explores the tension between wanting to lash out as a proud black man, and the need to do the right thing

Rawlins, a reluctant amateur sleuth, unravels the mystery behind the murder of a red-haired woman -- the "little scarlet" of the title -- against the backdrop of flames and gunfire of the riots.

The morning air still smelled of smoke. Wood ash mainly but there was also the acrid stench of burnt plastic and paint. And even though I knew it couldn't be true, I thought I caught a whiff of putrid flesh from under the rubble across the street. The hardware store and Bernard's Stationery Store were both completely gutted. The Gonzalez Market had been looted but only a part of its roof had been scorched. The corner building, however, Lucky Dime Liquors, had been burned to the ground. Manny Massman was down in the rubble with his two sons, kicking the metal fixtures. At one point the middle-aged store owner lowered his head and cried. His sons put their hands on his shoulders.

I understood how he felt. He had everything in that liquor store. His whole life. And now, after a five-day eruption of rage that had been simmering for centuries, he was penniless and destitute.

In his mind he hadn't done a thing wrong to anyone down in Watts. He had never even thought about calling someone a nigger or boy. But the men and women down around Central and Eighty-sixth Place took everything of Manny's that they could carry, then smashed and burned the rest.

Four young black men passed in front of the liquor lot. One of them shouted something at the white men.

The Massman sons stepped forward with their chests out and their mouths full of angry sounds.

It's starting all over again, I thought. Maybe we'll be rioting a whole year. Maybe it won't ever end.

The black men crossed the threshold of the Lucky Dime's property line.

Stephen Massman bent down to pick up a piece of metal that had once been attached to their counter.

One of the angry youths shoved Martin.

I held my breath.

"Halt!" a man shouted through a megaphone.

A dozen or more soldiers appeared out of nowhere. A black soldier wearing a helmet and camouflage khakis talked to the black men while four white soldiers stood in an arc in front of the store owners. The rest of the troop stood across the property line cutting off the ravaged lot from the street.

Most of the National Guardsmen brandished rifles. A crowd was gathering. My hands clenched into fists so tight that my right forearm went into a spasm.

While I massaged out the knot of pain, the black soldier, a sergeant, calmed the four youths. I could hear his voice but my fourth-story window was too far away for me to make out the words.

I turned away from the scene and fell into the plush blue chair that sat at my desk. For the next hour I just sat there, hearing the sounds of people in the street but not daring to look down.

It had been like that for the past five days: me holding myself in check while South Los Angeles went up in the flames of a race riot; while stores were looted and snipers fired and while men, women, and children cried "Burn, baby, burn!" and "Get whitey!" on every corner familiar to me.

I stayed shut up in my home, in peaceful West L.A., not drinking and not going out with a trunk full of Molotov cocktails.

When I finally roused myself the street down below was full of black people, some venturing out of their homes for the first time since the first night of rioting. Most of them looked stunned.

I went to my office door and out into the hall.

There was the smell of smoke in the building too, but not much. Steinman's Shoe Repair was the only store that had been torched. That was on the first night, when the fire trucks still braved the hails of sniper bullets. The flames were put out before they could spread.

I went to the far stairwell from my office and down the three flights to Steinman's side entrance. There was a burnt timber blocking the way. I would have turned around if it weren't for the voices.

"What the hell you mean you don't have my shoes, white man?"

"Everything is burned up," a frail voice replied in a mild German accent.

"That's not my fault, man," the angry voice said. "I give you my shoes, I expect to get them back."

"They are all burned."

"And do you think if this was my store that I could tell you I didn't have nuthin' for ya?" the customer said. "Do you think a black man could just say his store done burned down so he don't have to make good on his responsibilities?"

I shoved the timber out of the way, smudging the palms of my hands with sooty charcoal. When I came into the burned-out room, both occupants turned to look at me.

Theodore was a short, powerfully built white man with little hair and big hands. The irate customer was much larger, with a wide chest and a big face that would have been beautiful on a woman.

"Wait your turn, man," the Negro customer warned. "I got business to take care of first."

He swiveled his head back to the cobbler and said, "Those shoes costed me thirty-six dollars and if you can't give 'em up right now I want to see some money across this here hand."

I took a quick breath and then another. There was an electric tingle over my right cheekbone and for a moment the room was tinged in red.

"You heard me," I said in a tone that you can't make up. "I been in the house for some time now, trying not to break out and start doin' wrong. I've been patient and treadin' softly. But if you say one more word to my friend here I will break you like a matchstick and throw you out in the street."

"I want my shoes," the big beautiful man said with tears in his voice. "He owe it to me. It don't matter what they did."

I heard his cracked tone. I knew that he was just as crazy as I was at that moment. We were both black men filled with a passionate rage that was too big to be held in. I didn't want to fight but I knew that once I started, the only thing that would stop me would be his lifeless throat crushed by my hand.

"Here you are, sir," Theodore said.

He was handing over a ten-dollar bill.

"Your shoes were old, you know," the shoemaker said. "And they both needed soles. It was a good make and I would have bought them for seven dollars. So here's ten."

The burly man stared at the note a moment. Then he looked up at me.

He turned around so quickly that he lost his balance for a moment and had to reach out for a broken, charred timber for support.

"Ow!" he shouted, probably because of a splinter, but I can't say for sure because he blundered out, tearing the front door off of its last hinge as he went.

There was a sleek antique riding saddle on the floor, under a shattered wooden chair. I moved away the kindling and picked up the saddle. Theodore had received it from his uncle who was a riding master in Munich before World War I. I'd always admired the leatherwork.

Setting the riding gear on a fairly stable part of his ruined worktable, I said, "You didn't have to pay him, Mr. Steinman."

"He was hurting," the small man replied. "He wanted justice."

"It is all of our job," he said, staring at me with blue eyes. "You cannot forget that."

It was a question asked in a voice filled with authority. It was a white man's voice. Putting those bits of information together, I knew that I was being addressed by the police. 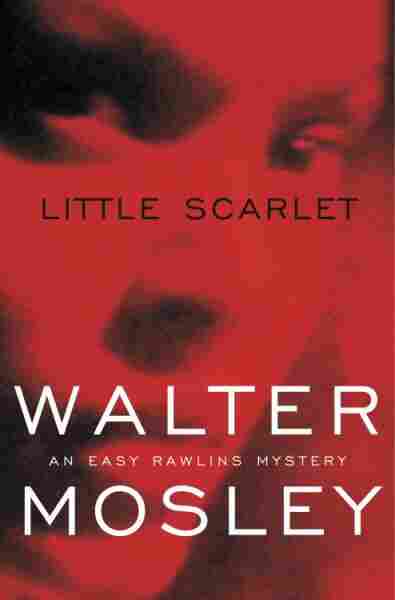