Accessibility links
'Chicago 10' The story of anti-war protesters on trial in 1969, retold with an inventive mix of archival footage and motion-capture animation. Hank Azaria, Mark Ruffalo and other stars play Abbie Hoffman, Jerry Rubin and their compatriots. 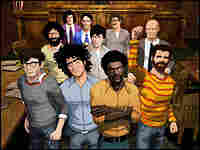 With a mix of archival footage and animation, Chicago 10 tells the story of anti-war protesters put on trial in tumultuous 1968. Roadside Attractions hide caption 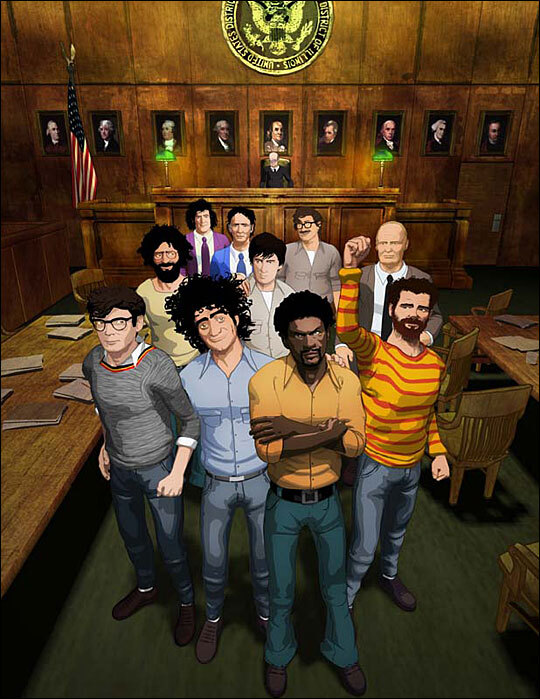 With a mix of archival footage and animation, Chicago 10 tells the story of anti-war protesters put on trial in tumultuous 1968.

An era of convulsive political upheaval is intriguingly animated — literally — in Brett Morgen's unorthodox documentary. To retell the story of the anti-war activists who became known as the Chicago 7, the director mixes archival footage of protests outside the 1968 Democratic Convention with motion-capture re-creations based on court transcripts of the activists' trial.

Motion-capture animation? It's the technique used in films like Beowulf and The Polar Express, and when combined with the voices of such well-known performers as Hank Azaria (playing Abbie Hoffman) Mark Ruffalo (Jerry Rubin) and the late Roy Scheider (Judge Julius Hoffman), it's a pretty hip way to re-create both the antics of the defendants and the circuslike atmosphere of a trial Rubin once termed a "cartoon."

The title's numerical inflation (from "Chicago 7" up to 10) derives from the director's assertion that the eighth defendant — Black Panther Bobby Seale, whose case was ultimately separated from the others — and the two defense attorneys (who were cited for contempt) should also be included. Innovative technique aside, the film's likely to feel more illuminating to younger activists who don't know about the Yippie youth fest and the police crackdown that turned it into street theater than to folks who actually remember the events of 1968.