Accessibility links
Finding Hope in Music at New York's P.S. 86 At an inner city Bronx school, a young teacher from Finland formed a gospel choir to encourage her disadvantaged students to believe in their potential. Three years after their last performance, students and teacher reunite, as a new book tells their story. 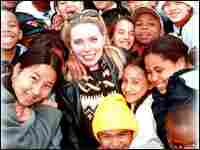 Johanna Grussner, pictured with members of the P.S. 86 choral group on the cover of Seven Days of Possibilities. PublicAffairs hide caption

Ten years ago, jazz singer Johanna Grussner moved to New York from Finland to study music and pursue stardom. Instead, she discovered a second love -- teaching music to 10, 11 and 12-year olds at P.S. 86, an underprivileged Bronx school.

Nine out of 10 students enrolled at the school were poor. Only four in 10 spoke English; only two in 10 could read at grade level. Many were considered troublemakers and underachievers.

Hoping to show the students what they were capable of, Grussman formed a children's choir. Three and a half years ago, the group traveled to the Aland Islands, Grussman's homeland, for a performance that captivated their hosts. Their story is chronicled in the new book Seven Days of Possibilities, by New York Times education reporter Anemona Hartocollis.

Hear full-length recordings of songs performed by the children shortly after their return from Finland:

'Soon I Will Be Home'

Shortly after that performance in Finland, Grussman left the states. This summer, Grussman reunited with many of her former students for one last performance. NPR's Claudio Sanchez talks with the students about what the experience meant to them. 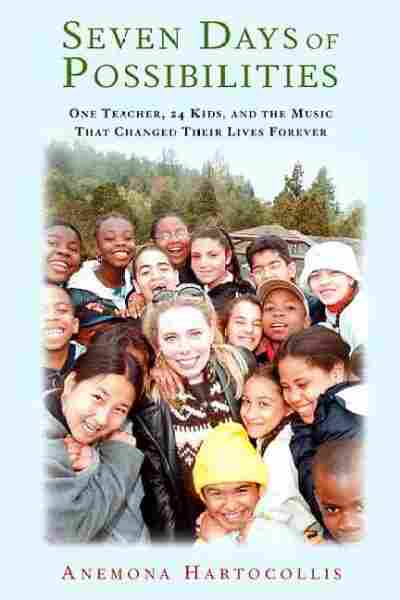 One Teacher, 24 Kids, and the Music That Changed Their Lives Forever

Title
Seven Days of Possibilities
Subtitle
One Teacher, 24 Kids, and the Music That Changed Their Lives Forever
Author
Anemona Hartocollis