Accessibility links
'Chicago 10' Re-Animates a Protest Story Forty years ago, another presidential race was focused on an unpopular war. The 1968 Chicago convention riots — and the "Chicago Seven" tried in their wake — are the subject of an unorthodox documentary. 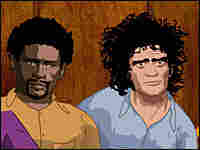 When a protest rally ended in a bloody confrontation with police, eight protesters (including Bobby Seale, left, and Abbie Hoffman) were put on trial. Roadside Attractions hide caption 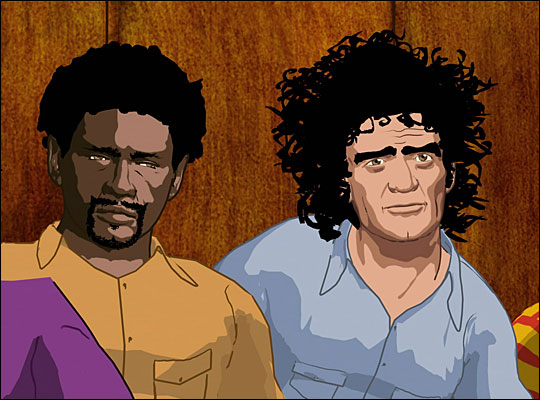 When a protest rally ended in a bloody confrontation with police, eight protesters (including Bobby Seale, left, and Abbie Hoffman) were put on trial.

"In Front of the Hilton Hotel" 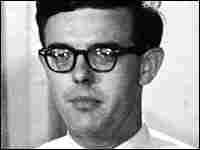 Forty years ago, there was another election that centered on an unpopular war. In 1968, the Democrats gathered for their convention in Chicago, and were met by demonstrators who had organized what they called a "youth festival" to protest the war in Vietnam.

But after several days of peaceful demonstrations, violence erupted; the police used tear gas and clubbed demonstrators. A federal commission later called it a "police riot."

But the protest leaders were arrested and sent to a joint trial, where they became known as the "Chicago Seven." Now their story is the subject of an unorthodox documentary — called, confusingly enough, Chicago 10.

I'll get to that title inflation in a moment. First let me just note that an era of convulsive political upheaval gets really well animated — and I mean animated in its literal sense — in this documentary.

Director Brett Morgen takes archival film of the protests outside the 1968 Chicago convention, combines it with actors reading from court transcripts of the Chicago Seven trial — there were no cameras in that courtroom — and animates the action through a technique called motion-capture. It's the same process used in films like The Polar Express and Beowulf, where actors are filmed and then have their images digitally painted into virtual environments, so that they seem like characters in a video game.

You'll recognize some of the voices: Nick Nolte, for instance, as prosecutor Thomas Foran. And as the "camera" swirls and whooshes around the "courtroom," he and Liev Schreiber (as a defense attorney) and the late Roy Scheider (as Judge Julius Hoffman) engage in a lot of what you'd have to call "animated" arguments. Tempers blew, paper airplanes flew, and supporters of both prosecution and defense created plenty of distractions — including pointed chants of "Om," amid the chaos, from defendant Allen Ginsberg. Animation, it turns out, is a pretty hip way to re-create the circuslike atmosphere of a trial that co-defendant Jerry Rubin once called a "cartoon."

But the historical footage that's mixed with the courtroom scenes is sometimes just as amusing. One newscast, for instance, featured what you might call a transcendentally challenged reporter who told his audience that the judge got exercised when "an argument broke out and Ginsberg said 'Um'." (In fairness, meditation techniques weren't as well known in 1968 as they are now.)

As history, of course, this movie leaves a good deal out — the name Hubert Humphrey, for instance, who became the nominee at that convention. And that title, Chicago 10, further confuses things. Before Black Panther Bobby Seale's case was separated from the others, the Chicago Seven was the Chicago Eight, and director Brett Morgen thinks that because both of the defense lawyers were cited for contempt, they should be included, too.

With music by Rage Against the Machine and the Beastie Boys, Morgen is clearly trying for a younger audience than folks who actually remember the '60s, and it's in that context that the film works best. Not as history, but as a sort of primer for activists — on what happens when a passion for "change" isn't being embraced by the political establishment.