In the world of classical music, it's not often that one is encouraged to take liberties with a masterpiece. But recently, a dozen composers took a new tack with the work of Johann Sebastian Bach. The Gilmore International Keyboard Festival in Kalamazoo, Mich., commissioned 12 musicians to each compose a new piece, based on Bach's "Goldberg Variations." 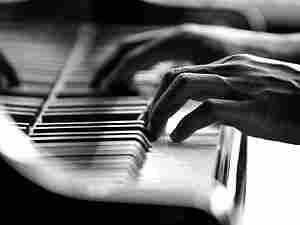 For some Bach purists, messing around with the Goldberg variations is heresy. Corbis/iStock hide caption

For some Bach purists, messing around with the "Goldberg Variations" is heresy. But David Del Tredici, one of the dozen composers who contributed, thinks the idea is just what classical music needs. "Why not mess with a classic? The classics suffer from too much respect," Del Tredici tells NPR's Tom Huizenga. "Anything that shakes up a classic and makes it seem alive again -- as this project does -- is great!"

Performance Today: Bach's Brandenburg Concertos
The Gilmore Keyboard Festival May 10, 2004
A Look at the Life and Career of Glenn Gould
The Variations of Glenn Gould Aug. 30, 2004
Variations on Bach, for a New Century March 21, 2004