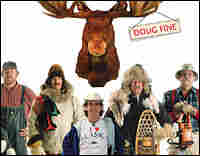 Cover of 'Not Really an Alaskan Mountain Man' hide caption

After traveling the world as a journalist and adventure writer, Doug Fine moved to Alaska in 1998, intent on learning survival skills and self-reliance.

He describes the experience in a new book, Not Really an Alaskan Mountain Man. Fine, who grew up in the suburbs of New York, had several difficult adjustments to make in enjoying his new life, from harsh, dark winters to the unique ways of Alaskan life.

NPR's Jennifer Ludden talks with Fine, an occasional NPR contributor, about his new book and life above the Lower 48.

Even with my inability to master basic rural skills, I'm sure I won't shatter the aura of legend that elevates all Alaskans to near-superhuman status at Lower 48 cocktail parties. That's because we Alaskans have perfected a method of speaking to Outsiders (and to each other) that I call Free-Range BS-ing. You've all heard it. The exaggerated tales of brown bear encounters we tell at cocktail parties are the quintessential Free-Range stories that perpetuate the Alaska legend and ensure that there is no such thing as a Cheechako to most of the world. One becomes a Mountain Man merely by the geographical decision to live in Alaska.

Free-Range BS-ing is not the same as regular BS-ing, as it generally contains the seeds of truth, uttered without filters by someone with enough bravado to paint the story just the way he or she sees it. Free-Ranging is more like improv over the chord changes called the facts. Think of it as artistic embellishment. Alaskans practice it so widely because there simply aren't enough witnesses to dispute their version of the facts. It's a very liberating phenomenon. I first learned Free-Ranging, I now realize, the way a lion cub learns behavior from the members of its pride: from the bear tales of the people I met on my own early trips to Alaska.

But Free-Ranging aside, in rural Alaska today, there's still no one to hire to do your wood-cutting or snowmachine repair for you if you lack the financial resources to maintain a staff of servants. And yet winter still comes.

Your only recourses are friends, strangers who quickly become friends, and your own ability to learn on the spot. When I reflect on this, the fact that I have survived to this point makes me wonder how so many of the pilgrims died that first winter in Massachusetts.

It was time for my first chainsaw lesson. A placebo effect of inner warmth which had begun to flow through my belly at this realization was interrupted by what sounded like Biblical wind and rain emanating from beyond the rickety deck outside. Undaunted, I fitted my yellow-tinted Smith ski goggles on my forehead as I stepped out into the Alaskan afternoon, feeling a little rugged.

That feeling lasted for about a second. My friend was giving me a funny look.

"What?" I asked, shivering at the threshold of the cabin. My voice erupted a bit louder and higher pitched than I had intended. I had forgotten that I was nearly deaf from the bright yellow earplugs jutting out of my head.

Mountain Man Roger Longhenry’s mouth was formed into the unmistakable 'O' of laughter suppression on the deck steps outside my only door. The 'O' is what I was questioning. I hadn’t done anything overly-Cheechakoey since a near-fatal soldering incident late in the stove installation process nearly an hour earlier. All I had done just now was step inside to "grab some gear" for the chainsaw demonstration. That’s what he had suggested I do. "Grab some gear."

Roger was still almost laughing at me.

"Um, look at yourself," Roger choked behind a fog of carbon dioxide and tobacco smoke. He was surrounded by the tools we had used to affix the stove to my living quarters.

For cordiality's sake, I looked down at my right thigh area.

"What?" I asked a third time, a little uncertain insistence in my voice this time. I threw the acutely skeletal chainsaw instructor a shrug with my palms up as though in supplication. I meant to imply, "Defend your posture." We had been working together all afternoon, and informality comes quickly in Alaska.

"You... ah, planning on hitting the slopes?" Roger sort of guffawed, rubbing his hand in a downward motion over his mouth to erase his smile.

Ah, yes. The ski goggles. They were on sitting atop a full black-knit mask of the Subcomandante Marcos variety, and they puzzled this friend of mine, who spent pretty much all of his life doing things like throwing in wood stoves and firing up chainsaws. For him to observe me coming to this process cold at age 28 must have been like Bernie Williams being forced to watch Mister Rogers face his first Roger Clemens fastball.

Chainsaws are deceptive this way. When the grain is amenable, you feel like the king of all fiber. This helps explain the absence of forests after the first hundred years of chainsaws.

I spent nearly 40 minutes shredding two 120-foot-spruce into gnome chairs. When the first spruce dotted the forest floor around me in a perforated line, I felt a surge of gratitude for these trees, which had given their lives to sustain first 14 million beetles and then me. I paused for a moment to give this appreciation the emphasis it deserved. Then I sunk the bar in again, savagely. My unlaced boot was wedged under a rock, my cheeks burned, and the forest air around me was speckled with fragrant suspended sawdust particles.

I was nearing the end of the second spruce when the delusions of grandeur started kicking in. "Maybe I can carve my entire winter wood supply tonight," I aggrandized.

As if to editorialize on that strategy, the chainsaw bar at that moment shot back like a razor-sharp pendulum on speed. It did this along an axis that ran a solid two millimeters wide of my right ear. It had evidently boomeranged off an impenetrable softball-sized knot. Its motion actually gave me a slightly layered haircut. What happened is, as Roger warned, called "kick-back." It kills people. All the time. Everything went down so fast. I barely had time to reflect that, "This saw isn’t working anymore" before my head nearly filed for divorce from my torso.

My body, reacting as fast as the nervous system felt it was capable (and far too slowly), arched back, and I dropped the saw in terror in a nearby pile of bear scat. It continued to cycle for a second or two like the proverbial decapitated chicken, chopping up a moss mound and sending ursine defecation onto my chest in a paisley pattern. Embarrassed at its slow reaction to the saw's assault, my spinal cord tried to compensate now by turning my legs into the gooey material inside Stretch Armstrong dolls. 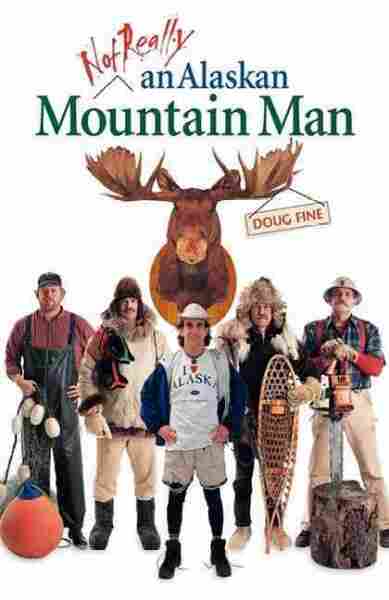 Not Really an Alaskan Mountain Man