Accessibility links
Krakatoa Volcano: The Son Also Rises As Americans view volcanic activity at Mount St. Helens with awe and unease, tourists are flocking to Indonesia and the site of one of history's most spectacular volcanic blasts. Hear NPR's Michael Sullivan. 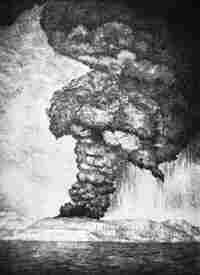 An artist's rendering of the 1883 eruption of Krakatoa. Corbis hide caption 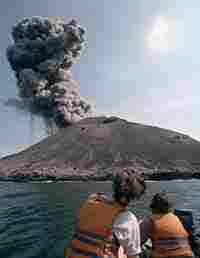 Tourists aboard a boat watch as smoke billows from a minor eruption of Anak Krakatau in 1995. Sergio Dorantes/Corbis hide caption

As Americans watch the volcanic activity of Mount St. Helens with awe and unease, on the other side of the world, in Indonesia, tourists flock to the site of one of the most spectacular volcanic explosions ever recorded.

Krakatoa, west of Java, erupted with such fury in 1883 that it reportedly was heard as far away as Bangkok and Australia. It blew the island of Rakata to pieces and killed more than 30,000 people. Some scientists say it was the biggest bang in recorded history.

Anak Krakatau (the "son of Krakatoa") emerged from almost the same spot and is growing every day. At roughly 1,300 feet high, it's a popular tourist destination. Many wonder whether -- or when -- it too might erupt. NPR's Michael Sullivan reports. 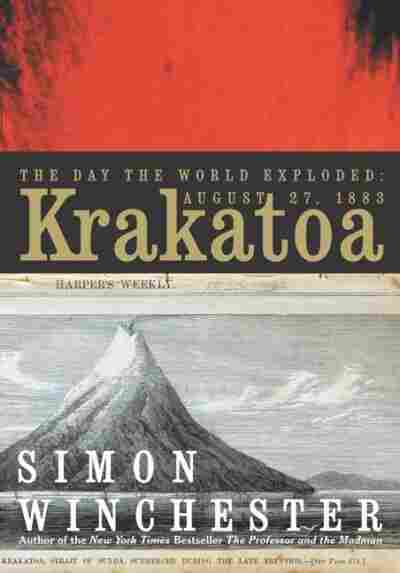