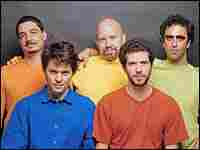 'So Says the Whipporwill'

Richard Shindell built a loyal following in the '90s as a solo singer-songwriter-guitarist and in the acoustic trio Cry Cry Cry, with Dar Williams and Lucy Kaplansky. Four years ago, he moved to his wife's native Argentina and slowly began acclimating to a new music scene and a new language. 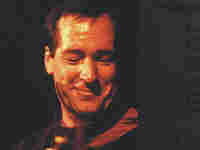 His fifth solo album, Vuelta, a collaboration with the Argentine band Puente Celeste, is not so much a stylistic departure as a lyrical one. It features Shindell's first attempt at a Spanish-language song, "Canción Sencilla." He also addresses Argentina's economic hardship, on the track "Che Guevara T-Shirt."

Shindell recently returned to Buenos Aires after an extensive cross-country tour of the United States. Along with performing his songs, he collected more than $8,000 in donations from U.S. audiences to help renovate and expand a children's community center in Buenos Aires. Shindell is now working with the non-profit group HelpArgentina to continue similar projects in the future.

He talks with journalist Brian Byrnes about Argentina's influence on his work.