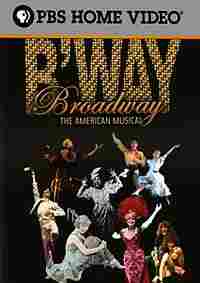 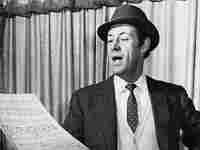 Rex Harrison, known for his dramatic and comedic roles on stage and screen, prepares for his first singing role in My Fair Lady, Feb. 16, 1956. Bettmann/Corbis hide caption

Writer/director Michael Kantor elected to depict Broadway musicals as creatures of their times -- Showboat depicting race relations in the segregated South, Oklahoma! reflecting the idealized America that soldiers were leaving in 1942 to fight in WWII, La Cage aux Folles mirroring changed social attitudes toward gays, and so on. 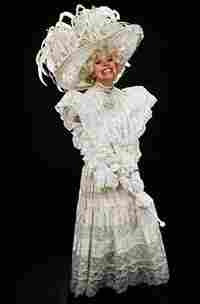 In 1984, Carol Channing reprised her role as Dolly Levi in Hello, Dolly!. The actress earned a Tony Award for her performance in the musical's original 1964 Broadway premiere. Roger Ressmeyer/Corbis hide caption

The end result? The PBS extravaganza Broadway: The American Musical is both an intriguing social history and delectable smorgasbord of performance snippets, anecdotes and scholarly wisdom for lovers of musical theater.

The documentary set explores Broadway's history roughly chronologically, from the vaudeville shows and operettas that held sway at the beginning of the 20th century to such 21st-century extravaganzas as Hairspray and Wicked. Along the way, there are segments profiling many of the most important stars, composers, lyricists, and directors the American stage has produced.

The earlier hours of the three-DVD set are heavier on archival and movie footage than later ones, which benefit from the fact that Broadway casts were sought-after attractions for early television, and that the Tony Awards shows in more recent years have invariably included musical numbers from nominees.

The archival footage is eye-opening stuff, ranging from the early color film of the Ziegfield Follies (in a primitive two-color process from the days when Hollywood was still struggling to match soundtracks to black-and-white footage) to re-creations of rehearsals for My Fair Lady (a wonderful bit in which Rex Harrison is startled by the orchestrations he’s hearing for the first time).

The series also functions as a sort of primer on musical theater, and how it works -- with composers, directors and performers analyzing why certain moments proved effective or trailblazing.

In addition to the six hours broadcast by PBS, there’s another five hours of mostly fascinating material. A few highlights:

» Mel Brooks chatting about the first show he ever saw, preceded by a wonderful tale about his taxi-driving, very short Uncle Joe.

» Carol Channing telling a hilarious story about the time she fell off the stage in mid-song during Hello, Dolly!, and had to figure out how to get back on.

» Stephen Sondheim recalls his audition to write the lyrics for West Side Story.

» An hour-long documentary on the staging of Wicked.

» There’s a gorgeous, beautifully written coffee-table book by Laurence Maslon, with the same title and cover-art as the PBS series, featuring enough detail to satisfy the most jaded Broadway-phile.

More on the PBS Broadway Series at PBS.org 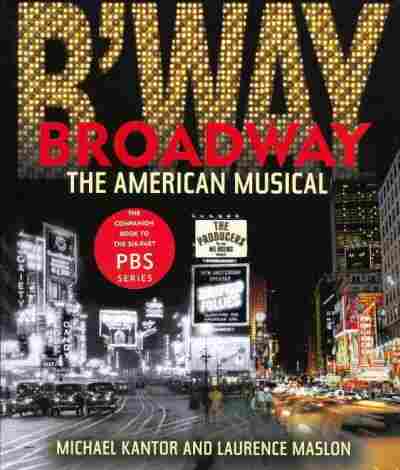 by Michael Kantor and Laurence Maslon