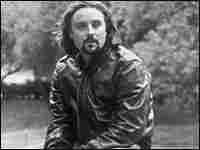 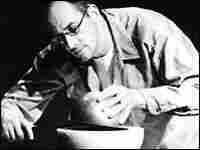 Science certainly isn't short of drama. But filmmakers and playwrights often duck out when it comes to showing science as it really is. They tend to prefer a cartoon version that rarely bears much resemblance to the real thing.

The plays of Paul Mullin are different. He believes it's possible -- and dramatically necessary -- to explore and explain the science that drives his characters' lives. His body of work includes Louis Slotin Sonata, about the last days of a Canadian physicist on the Manhattan Project. In May 1946, during an experiment involving a spherical plutonium bomb core, Slotin's hand slipped, exposing him to dangerous levels of radiation. He died nine days later.

"Everyone in the room knew that at least Slotin, who was closest to the apparatus, was a dead man," Mullin tells NPR's Joe Palca.

"There's something deeply theatrical, deeply dramatic about somebody who knows, in an instant, that they're dead," he says.

Among Mullin's other projects is a play called The Sequence, about the race to sequence the human genome.