Accessibility links
Bill Zehme: 'Confessions' of a Magazine Writer In his award-winning profile "The Confessions of Bob Greene," writer Bill Zehme chronicles the fall from grace of the former Chicago Tribune columnist. Zehme speaks with NPR's Jennifer Ludden in the second of a series of interviews with National Magazine Award Winners. 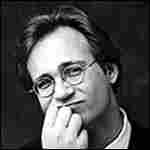 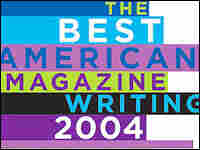 'The Confessions of Bob Greene'
Excerpt from 'Lost in the Funhouse: The Life and Mind of Andy Kaufman'
'And Then There Was One: Sinatra Bequeaths His Rules of Order'

Writer Bill Zehme is often celebrated for his wry and distinctive observations of American pop culture. From the eccentric comic Andy Kaufman to crooner Frank Sinatra, Zehme has profiled some of the most beloved icons of the entertainment world.

Last year, Zehme wrote The Confessions of Bob Greene, a chronicle of the former Chicago Tribune columnist's fall from grace. Greene was fired for alleged sexual misconduct, then virtually disappeared from the public eye. Zehme delves into the sad saga in Confessions, which received a 2004 National Magazine Award for Best Profile Writing. He speaks with NPR's Jennifer Ludden in the third of a series of interviews with National Magazine Award Winners.

'The Confessions of Bob Greene' Excerpt:

All you've got is your name, the lost man said in a lost voice. Things for which his name had once stood would never entirely be the same things again—that is what he told himself, that is what he wished not to believe while believing it nonetheless. The weight of penance hung about him, and he wore it calmly, if uncomfortably. He was still the same man he had been before he fell—he looked the same, his feelings and beliefs were still his own, he possessed the same talents—but now he was a fallen man and he had never fallen before and everything was different because he fell. He had, in his triumphant career, frequently observed fallen men, had often written stories about them, stories full of curiosity and compassion. Compassion, by the way, had been one of the many things for which his name had stood. Once, he found a line of poetry to include in just such a story. He has not forgotten that line of poetry. "In my moments of hope, I keep returning to that quote from Yeats," he wrote me in an e-mail note from the new prison of his life. "I had always thought that he was writing about a man who has lost everything—who has tumbled suddenly from the heights and who finds himself back where he began, when he had nothing but himself and his belief in who he is: 'Now that my ladder's gone, / I must lie down where all the ladders start, / In the foul rag-and-bone shop of the heart.' Take everything away from me, the poem seems to be saying—take everything I ever had. And let me find out, once more, who I really am."

Here is who we all are, more or less: We are, each one of us, the sum of many conflicting truths. In our most secret souls, we know—although we'd rather not—that certain of our personal truths might well be seen as dark and shameful truths. When a man falls, without exception, it is only these dark truths that emerge and resonate and expand, eclipsing all other truths that should matter as well but no longer do. We feast on the disgrace of the fallen, feel better about ourselves while doing so, and then await the next fallen one to turn up so as to feast once more. It is, alas, the blood sport of human nature. I will tell you, though, that it is a grim spectacle to privately encounter a shamed man, freshly pummeled in public view. It is heartbreaking as hell, really. And so it was that two weeks into his disgrace—at the first blush of which he had vanished behind a thunderous silence maintained ever since—this particular fallen man began sharing his shattered voice with me over the telephone. In those first two weeks, he had quietly withstood torrents of derision and crushing waves of despair. Friends and admirers, some of them very famous, reached out to him, and he deflected their support. He busied himself with self-laceration while his critics gleefully piled on top. He took his beatings, sometimes hideous in spirit, thinking they would never stop yet also incredulous that they hadn't, two weeks hence. "Let them kick," he said, and this was one of the first things he said to me. "It's like I'm a body in the street, and they keep coming by and kicking until they get tired. They wander away and then they come back and kick it some more and then pour a little gasoline on and set it on fire. But, you know, the body is already dead." This was pure revelation to him, the existential wonderment of a newly fallen man. "Anyway, let them kick," he said, pretending that he meant it.

Bob Greene will not write this story himself, certainly not now, most probably not ever. It is, at core, a heartland Greek tragedy, rife with cruel ironies and tortured plot turns from beginning to astonishing end. It has belonged only to him and, more lamentably, to those closest to him. In a short e-mail he sent moments after our first conversation, he wrote simply: "This is darkness beyond any imagining." Those words came on the first day of October 2002. But it had been at the break of dawn on Sunday, September 15, when his exquisite darkness had fallen like a freight train from the sky. The night before, he had not slept at all because the world as he knew it had just exploded. And so he'd decided to stay awake to await confirmation of his newly scorched reality, which would be dropped outside the door of his high-rise apartment unit in the form of an understated announcement in the lower left corner on the front page of the Sunday Chicago Tribune, the newspaper for which he had written a tremendously popular column for the previous twenty-four years. His hometown-sweetheart wife and his sixteen-year-old son had somehow managed to find slumber, even after he had told them the worst thing he could ever tell them; they lay in their beds letting unconsciousness temporarily obscure truth. But he kept his vigil, ruefully remembering the only other time he had ever done this very same thing: Back in the summer of his seventeenth year, he worked as a copy boy for the Columbus Citizen-Journal and, one night, had written his first newspaper story on a lark—one paragraph in length, about a man who cut open a golf ball with a liquid center that exploded and squirted him in the eye—and the editor liked it enough to run it under the headline GOLF BALL FIGHTS BACK. And so young Bobby Greene had anxiously stayed up to await that momentous 1964 morning paper delivery, when he would see the words he had written appear in actual news type for the very first time. 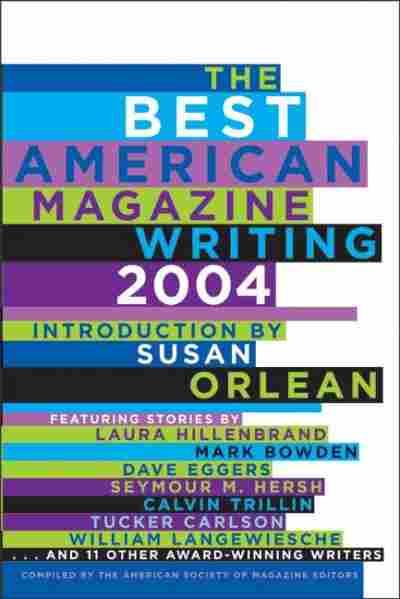 by American Society of Magazine