Accessibility links
Hello Kitty: A Marketing Sensation Grows Up She's worth billions, she has her own theme park and her face graces thousands of products. At 30, Hello Kitty is one of the great marketing phenomenons of all time... and she's just so darn cute. NPR's Susan Stone reports. 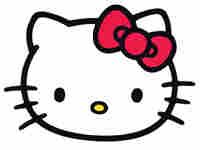 Hello Kitty is celebrating three decades of being what the Japanese call 'kawaii,' or almost too cute for words. hide caption 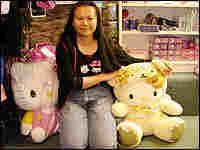 She has a net worth in the billions, she's been given a special honorary title by UNICEF, she has her own theme park in Japan and her image graces thousands of products, from 50-cent stickers to expensive jeweled purses. And though she's turning 30, she's likely to remain forever young.

Hello Kitty, that marketing phenomenon from the Japanese company Sanrio, made her debut Nov. 1, 1974. The little white cat with no mouth was initially aimed at young girls. But as NPR's Susan Stone reports, Hello Kitty has found a much wider audience, from Hello Kitty credit cards to a rolling suitcase or a TV set. She's also moved into mainstream America, from Target stores to Payless Shoes.

Her appeal is unquestionably broad. A Google search for "hello kitty" yields more than 1.5 million results. But what makes her so popular?

Ken Belson, who co-authored a book about Hello Kitty, describes her as "the Zen cat," saying: "She just is... Hello Kitty is whatever you want her to be." 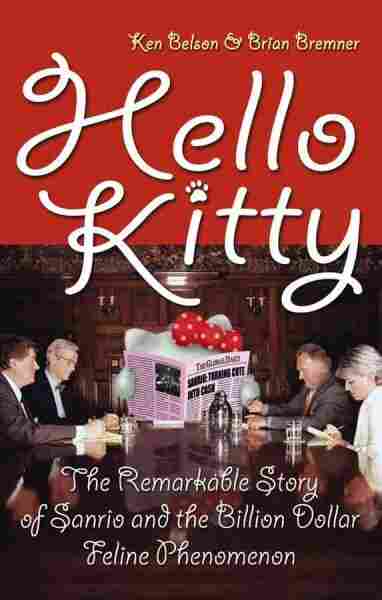 The Remarkable Story of Sanrio and the Billion Dollar Feline Phenomenon

by Ken Belson and Brian Bremner