Accessibility links
Mark Helprin's 'The Pacific and Other Stories' Mark Helprin's fiction has appeared in The New Yorker for more than 20 years. He's also a contributing editor for The Wall Street Journal. NPR's Scott Simon talks with Helprin about his latest collection of short stories.

Listen
Mark Helprin's 'The Pacific and Other Stories' 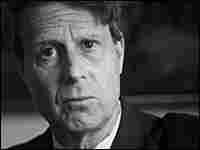 Mark Helprin's fiction has appeared in The New Yorker for more than 20 years and he has written on politics and aesthetics for The Atlantic Monthly and other magazines. He is also a contributing editor for The Wall Street Journal.

Helprin has a prestigious academic pedigree that includes Harvard, Princeton and Oxford; he has also served the British Merchant Navy, the Israeli infantry, and the Israeli Air Force.

A winner of the prestigious PEN/Faulkner Award, Helprin's previous titles include Winter's Tale, Ellis Island and Other Stories and A Soldier of the Great War.

NPR's Scott Simon talks with Helprin about his latest book, The Pacific and Other Stories.

Book Excerpt: "Il Colore Ritrovato" from The Pacific and Other Stories

To the question what is the difference between Venice and Milan other than a difference in tone, in the sunlight, and in the air, the answer is that Milan is where you busy yourself with the world as if what you did really mattered, and there time seems not to exist. But in Venice time seems to stop, you are busy only if you are a fool, and you see the truth of your life. And, whereas in Milan beauty is overcome by futility, in Venice futility is overcome by beauty.

It isn't because of the architecture or the art, the things that people go to look at and strain to preserve. The quality of Venice that accomplishes what religion so often cannot is that Venice has made peace with the waters. It is not merely pleasant that the sea flows through, grasping the city like the tendrils of a vine, and, depending upon the light, making alleys and avenues of emerald or sapphire, it is a brave acceptance of dissolution and an unflinching settlement with death. Though in Venice you may sit in courtyards of stone, and your heels may click up marble stairs, you cannot move without riding upon or crossing the waters that someday will carry you in dissolution to the sea. To have made peace with their presence is the great achievement of Venice, and not what tourists come to see.

What Rosanna can do with her voice -- the sublime elevation that is the province of artists, anyone can do in Venice if he knows what to look for and what to ignore. Should you concentrate there on the exquisite, or should you study too closely the monuments and museums, you will miss it, for it comes gently and without effort, and moves as slowly as the tide.

Despite the fact that you are more likely to feel this quality if you are not distracted by luxury, I registered at the Celestia. The streets near San Marco are far too crowded and not as interesting as those quieter areas on other islands and in other districts, and they have a deficit of greenery and sunlight. And the Celestia, with its 2,600-count linen and stage-lit suites, is the kind of luxury that removes one from the spirit of life, but I went there anyway almost as a way of spiting Rosanna, who was paying for it, and because that is where we always stayed in Venice, and I wanted to accumulate more hotel-stay points. In that I am compulsive. Once I start laying-in a store of a certain commodity, like money, I get very enthusiastic about building it up.

Also, I'm somewhat known in Venice, and were I to stay in a less than perfect hotel word might get out that either Rosanna or I were not doing as well as was expected, and in the public eye position is not half as important as direction of travel. People are clever, and just as they find comets and shooting stars more of interest than simple pinpoints of light, they wisely ignore the fixed points of a career in favor of its trajectory.

I arrived in the evening, swam for a kilometer in the indoor pool, bumping on occasion into an old lady who was shaped like a frog and kept wandering blindly into my lane, and then I had dinner in my suite. Because I'm unused to sleeping with the sound of air-conditioning and in curtain-drawn darkness -- at home the light of the moon and stars filters through the trees as they rustle unevenly in the wind -- I slept as if anesthetized, and the next morning, parted from my current life, I woke up as if the world was new to me, as it used to be every morning when I awoke when I was young.

Still, I look my age, which is right and proper, so when I walked to the Accademia to “check out” the Bellini I stopped feeling like a youth, because I was brought back by the registering glances of passersby, the deference, the treatment one receives instantly and with neither word nor touch from strangers on the street. Young people look at you only quickly, as they would a post or a gate, saving their more intense concentration for one another. This, for someone of my age, constitutes the kind of dismissal for which, not inexplicably, one can actually be grateful. And for someone of my age it is a pleasure when older people look at you knowingly—for what you have seen, what you have done, for the wars you have lived through, the pains you feel, the energy you lack, and your bittersweet knowledge that you are not young anymore.

The first thing you do in the Accademia is go upstairs, and this I did, rising into the same kind of rarefied world into which Rosanna provides entrance with her voice, and into which she had sent me to see what had happened when the paintings had been made young again, how it had been done, and how their colors, liberated from the sadness and fatigue of centuries, shone through. 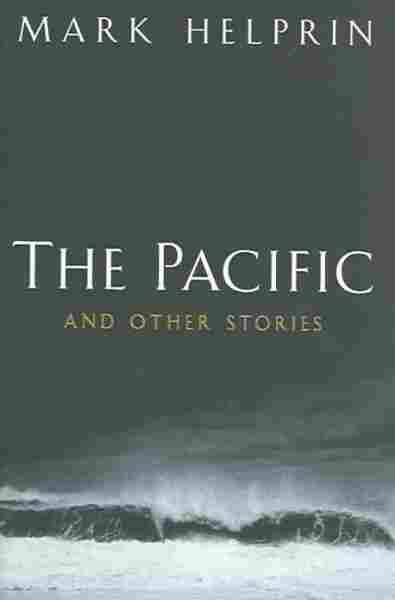 The Pacific And Other Stories

Title
The Pacific And Other Stories
Author
Mark Helprin