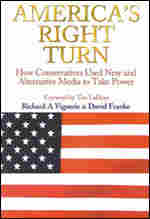 Below is an excerpt from America's Right Turn: How Conservatives Used New and Alternative Media to Take Power by Richard A. Viguerie and David Franke.

Richard Viguerie Interview: What to Expect from the Conservative Agenda Nov. 10, 2004

How did conservatives reach today's level of influence?

Our primary purpose in writing this book has been to tell the story -- in its entirety for the first time -- of how the conservative movement came to power by utilizing new and alternative media. Our secondary purpose is to use what we've learned to predict, as much as possible, the future of the ongoing conservative-versus-liberal power struggle. First then, let's review the historical lessons we've presented in the past pages.

Our story began in 1955, in an era of liberal hegemony over America (Chapter 4). Liberal gatekeepers at the most influential newspapers and magazines, as well as the three television networks, decided what was news and what wasn't. A tone of faux objectivity disguised what was in reality elitist control of the nation's political discourse. Put together all the influential media, we concluded, and you get a score of something like liberals 95, conservatives 5. Or 97/3. That's the sort of monopoly enjoyed by Pravda in its Soviet heyday. At the same time the United States was pretty evenly divided between "conservatives" and "liberals," as we use these terms today. This chasm between the conservatism of the American people and the liberalism of America's media would fuel the resentment conservatives feel against the liberal media to this day. And because the traditional media were closed to them, conservatives had no choice but to develop their own media. We examined the effects of each of the new media as they unfolded in history.

Under-the-radar publications, books, and networks. We chose to start our story in 1955 because that's the year National Review was founded (Chapter 5). The editors of National Review taught its audience on the Right to think of themselves as a movement and to adopt a longterm strategic outlook. (The fact that a number of its editors were ex-communists helps to explain this proactive mindset.) And National Review's founder and editor in chief, William F. Buckley Jr., became the first media superstar of the new movement. It is no exaggeration to say there wouldn't be a Rush Limbaugh or Sean Hannity today without the trailblazing work of Bill Buckley.

Over the next decade the movement grew politically and in 1964 secured the nomination of Barry Goldwater as the GOP presidential candidate (Chapter 6). This was a feat made possible by alternative Media -- National Review, Human Events, and all the other under-the-radar periodicals, as well as riveting paperback tracts that sold in the millions without ever appearing on the New York Times bestseller list. Thanks to this underground media network ("underground" because the liberal establishment media chose to ignore it, in hopes of crushing it), grassroots political networks were formed, making the Goldwater campaign the most broadly based presidential drive to that date. At the same time, those networks were no match for the fierce public assaults mounted by the liberal political and media establishments. The result was electoral disaster -- but also the beginnings of a new, improved movement, fueled by a new secret weapon.

Political direct mail. Liberals thought they had exterminated the threat from the Right, but, once again out of the spotlight, conservatives continued to organize, proselytize, and search for ways to bypass the liberal stranglehold on the mass media. When they found a way, the liberals didn't take it seriously until it was too late.

The conservatives' new secret weapon was political direct mail. Direct mail was and is the second largest type of advertising in the commercial world, but politicians had only experimented with it intermittently. Richard Viguerie, coauthor of this book, saw it, however, as a way to build a mass movement (Chapter 7), and he had the field pretty much to himself from 1965 into the 1970s. The U.S. mail quickly became the principal method of communication for conservatives. Leading the way for the other alternative media to follow, direct mail gave conservatives these advantages:

• A way to bypass the liberal gatekeepers of the mass media by taking the conservative message directly to the individual conservative's mailbox, without distortion.

• A way to find, identify, and activate millions of concerned citizens, adding them to the conservative roster and giving conservatives a voice in setting the nation's political agenda.

• Freedom from the restrictions imposed by the Republican political hierarchy, enabling conservatives to become an independent, vibrant force.

• Freedom from dependence on the big corporations that had traditionally financed GOP and Democratic politics (and expected to be paid back with favors).

• And a way to bring a conservative candidate over the top to victory, by adding or shifting a critical 5 percent of the vote based on single-issue appeals.

We mentioned that the liberals didn't take direct mail seriously until it was too late. The exact moment when liberals were jolted awake was the evening of November 4, 1980, when Ronald Reagan was elected president and the GOP captured the Senate. The right wing had captured Washington undetected, largely with direct mail as its principal weapon.

Talk radio. When the so-called Fairness Doctrine bit the dust in 1987, thanks to President Reagan, radio broadcasters no longer had to shy away from airing controversial positions. In the next six years, over 1,000 radio stations switched to a talk-radio format -- because that's what their listeners wanted. And who they wanted to hear, more than anyone else, was a former DJ named Rush Limbaugh (Chapter 10).

Talk radio gave conservatives a second way to bypass the liberal gatekeepers at the New York Times and the TV networks -- this time with a human voice. Limbaugh spurred his huge audience into action, making life miserable for co-presidents Bill and Hillary Clinton. And it wasn't just Rush. Almost all of the top radio hosts were conservatives. And on the receiving end of the dial, grassroots conservatives were thrilled to hear their viewpoints expressed over the air.

Talk radio was a driving force behind the defeat of Hillarycare and other key legislation sought by the Clinton administration. And it became a key factor in the Republicans' capture of the House of Representatives under Newt Gingrich. By the time we were in a new century, conservative talk radio had a bigger audience and was politically far more powerful than liberal (and taxpayer-subsidized) NPR.

Cable news television. Liberal icon Ted Turner started the Cable News Network (CNN) in 1980, and its ideological slant under his reign led conservatives to dub it the "Clinton News Network." Turner didn't realize it at the time, but he was actually doing conservatives a great favor. He took the financial risk to prove that 24/7 cable news was not only possible, it was the wave of the future. Turner's innovation opened the way for another entrepreneur, Rupert Murdoch, to beat him at his own game with the Fox News Channel (Chapter 11).

Fox is now the leading cable news network. Its number one superstar, Bill O'Reilly, is the most watched commentator on cable television. Fox's number two star, Sean Hannity, is the only person to achieve superstardom on both cable TV and talk radio. Moreover, Fox's success has prompted a noticeable shift rightward at both CNN and MSNBC.

Nothing has fed conservative resentment of the three TV broadcast networks more than the networks' treatment of conservatives in their campaign coverage. Well, conservatives now have their revenge. In each of the last three presidential campaign cycles -- 1996, 2000, and 2004 -- cable news TV has gained market share and the TV broadcast networks have lost market share. Since 1993, in fact, the nightly network news shows have seen their regular audience cut nearly in half -- from 60 percent of Americans in 1993 to 32 percent in 2002. And the network news magazines (60 Minutes, 20/20, Dateline, etc.) have lost more than half of their audience, which has plummeted from 52 percent of Americans in 1993 to 24 percent in 2002. Since around 2000, more Americans get their campaign news from the three cable news networks than from the three original broadcast networks. In TV news, at least, the alternative media has displaced the establishment media.

Internet. The Internet, the newest of the alternative media, has been a political force since Matt Drudge outed President Clinton and Monica Lewinski in 1998 (Chapter 13). Conservatives have followed Drudge's lead in embracing the Internet, at least for news and commentary. When we looked at the Alexa ratings for the top ideological and independent news sites on the Internet, we found 24 right-of-center sites and 11 left-of-center sites. The top four conservative and libertarian sites on the Web each have a larger online audience than such print titans as the Financial Times, Chicago Tribune, New York Daily News, or Time magazine. 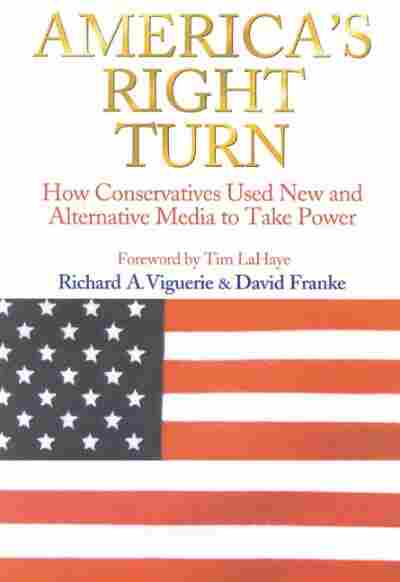 How Conservatives Used New And Alternative Media To Take Power

by Richard A. Viguerie, David Franke and Tim F. LaHaye