Accessibility links
Tom Wolfe Goes to College with 'Charlotte Simmons' I Am Charlotte Simmons, the latest novel from Tom Wolfe, depicts college as a hedonistic playground of non-stop drinking and rampant casual sex. The author traveled to universities across the country to research contemporary campus life. NPR's Robert Siegel talks with Wolfe. 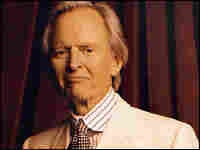 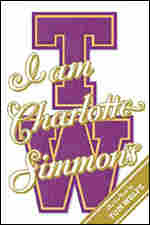 At Dupont University, the elite fictional school in Tom Wolfe's new novel, the students have sex on their minds and vulgarities on their lips. That includes rich, bigoted frat boys, skinny sorority girls, leftwing campus intellectuals and members of the university's national championship basketball team.

Wolfe traveled to universities across the country to research contemporary campus life for I Am Charlotte Simmons, which depicts college as a hedonistic playground of non-stop drinking and rampant casual sex. "There were many surprises to someone like myself who went to college in the late '40s and the early '50s," he tells NPR's Robert Siegel.

The author remains convinced that America has so much '"money in the bank" -- not just wealth, but brainpower and military power -- that the country can afford the current condition of campus life.

Book Excerpt: 'I Am Charlotte Simmons'

Note: The following excerpt contains language some may find objectionable.

Every time the men's room door opened, the amped-up onslaught of Swarm, the band banging out the concert in the theater overhead, came crashing in, ricocheting off all the mirrors and ceramic surfaces until it seemed twice as loud. But then an air hinge would close the door, and Swarm would vanish, and you could once again hear students drunk on youth and beer being funny or at least loud as they stood before the urinals.

Two of them were finding it amusing to move their hands back and forth in front of the electric eyes to make the urinals keep flushing. One exclaimed to the other, "Whattaya mean, a slut? She told me she's been re-virginated!" They both broke up over that.

"She actually said that? ‘Re-virginated'?"

"Maybe she thinks that's what morning-after pills do!" They both broke up again. They had reached that stage in a college boy's evening at which all comments seem more devastatingly funny if shouted.

Urinals kept flushing, boys kept disintegrating over each other's wit, and somewhere in the long row of toilet stalls somebody was vomiting. Then the door would open and Swarm would come crashing in again.

None of this distracted the only student who at this moment stood before the row of basins. His attention was riveted upon what he saw in the mirror, which was his own fair white face. A gale was blowing in his head. He liked it. He bared his teeth. He had never quite seen them this way before. So even! So white! They vibrated from perfection. And his square jaw . . . his chin and the perfect cleft in it . . . his thick thatchy, thatchy, light-brown hair . . . his brilliant hazel eyes . . . his! Right there in the mirror—him! All at once he felt like he was a second person looking over his own shoulder. The first him was mesmerized by his own good looks. Seriously. But the second him studied the face in the mirror with detachment and objectivity before coming to the same conclusion, which was that he looked fabulous. Then the two of him inspected his upper arms where they emerged from the sleeves of his polo shirt. He turned sideways and straightened one arm to make the triceps stand out. Jacked, both hims agreed. He had never felt happier in his life.

Not only that, he was on the verge of a profound discovery. It had to do with one person looking at the world through two pairs of eyes. If only he could freeze this moment in his mind and remember it tomorrow and write it down! Tonight he couldn't, not with the ruckus that was going on inside his skull.

He looked away from the mirror, and there was Vance with his head of blond hair tousled as usual. They were in the same fraternity. He had an overwhelming desire to tell Vance what he had just discovered. He opened his mouth but couldn't find the words, and nothing came out. So he turned his palms upward and smiled and shrugged.

Hoyt knew it really meant he looked very drunk. But in his current sublime state, what difference did it make?

"Hey, Hoyt," said Vance, who now stood before a urinal, "I saw you upstairs there hittin' on that little tigbiddy! Tell the truth! You really, honestly, think she's hot?"

"Coo Uh gitta bigga boner?" said Hoyt, who was trying to say, "Could I get a bigger boner?" and vaguely realized how far off he was.

"Soundin' good, too!" said Vance. He turned away in order to pay attention to the urinal, but then looked at Hoyt once more and said with a serious tone in his voice, "You know what I think? I think you're demolished, Hoyt. I think it's time to head back while your lights are still on."

Hoyt put up an incoherent argument, but not much of one, and pretty soon they left the building.

Outside it was a mild May night with a pleasant breeze and a full moon whose light created just enough of a gloaming to reveal the singular wavelike roof of the theater, known officially here at the university as the Phipps Opera House, one of the architect Eero Saarinen's famous 1950s Modern creations. The theater's entrance, ablaze with light, cast a path of fire across a plaza and out upon a row of sycamore trees at the threshold of another of the campus' famous ornaments, the Grove. From the moment he founded Dupont University 115 years ago, Charles Dupont, no kin of the du Ponts of Delaware and much more aesthetically inclined, had envisioned an actual grove of academe through which scholars young and old might take contemplative strolls. He had commissioned the legendary landscape artist Gordon Gillette. Swaths of Gillette's genius abounded throughout the campus; but above all there was this arboreal masterpiece, the Grove. Gillette had sent sinuous paths winding through it for the contemplative strolls. But although the practice was discouraged, students often walked straight through the woods, the way Hoyt and Vance walked now beneath the brightness of a big round moon.

The fresh air and peace and quiet of the huge stands of trees began to clear Hoyt's head, or somewhat. He felt as if he were back at that blissful intersection on the graph of drunkenness at which the high has gone as high as it can go without causing the powers of reasoning and coherence to sink off the chart and get trashed. . . . the exquisite point of perfect toxic poise . . . He was convinced he could once again utter a coherent sentence and make himself understood, and the blissful gale inside his head blew on.

At first he didn't say much, because he was trying to fix that moment before the mirror in his memory as he and Vance walked through the woods toward Ladding Walk and the heart of campus. But that moment kept slipping away . . . slipping away . . . slipping away . . . and before he knew it, an entirely different notion had bubbled up into his brain. It was the Grove . . . the Grove . . . the famous Grove . . . which said Dupont. . . and made him feel Dupont in his bones, which in turn made his bones infinitely superior to the bones of everybody in America who had never gone to Dupont. "I'm a Dupont man," he said to himself. Where was the writer who would immortalize that feeling?—the exaltation that lit up his very central nervous system when he met someone and quickly worked into the conversation some seemingly offhand indication that he was in college, and the person would (inevitably) ask, "What college do you go to?" and he would say as evenly and tonelessly as possible, "Dupont," and then observe the reaction. Some, especially women, would be openly impressed. They'd smile, their faces would brighten, they'd say, "Oh! Dupont!" while others, especially men, would tense up and fight to keep their faces from revealing how impressed they were and say, "I see" or "Uhmm" or nothing at all. He wasn't sure which he enjoyed more.

Excerpted from I Am Charlotte Simmons, by Tom Wolfe. Used by permission of Farrar, Straus & Giroux, LLC. 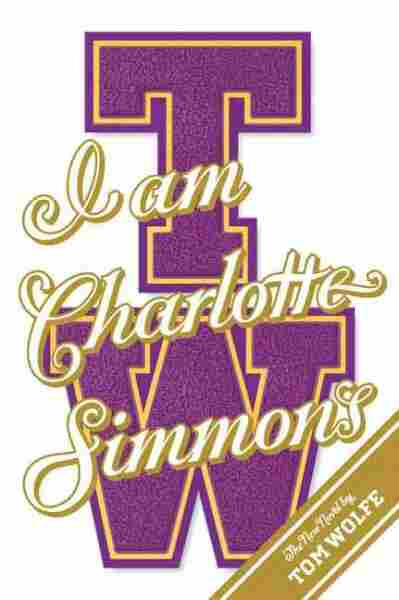