Accessibility links
For John Waters, 'The Tingler' Still Resonates John Waters' films have been described as raunchy, perverse and hilarious. So it comes as no surprise that he would pick a scene from a 1959 William Castle horror movie as one of his own favorites. Waters talks with NPR's Susan Stamberg. 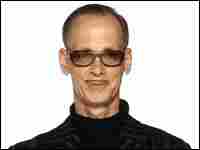 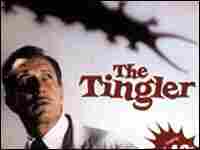 John Waters' films, including Pink Flamingos, Polyester and Hairspray, have been described as raunchy, perverse and hilarious. The director has relished making audiences howl and cringe -- often simultaneously.

So it comes as no surprise that Waters would pick a scene from a 1959 William Castle horror movie as one of his own favorites.

Sounds, Images and Video Clips from 'The Tingler'

In The Tingler, starring Vincent Price, the monster is an organism that lives inside your body. As Waters describes it, "the Tingler... grows when you're frightened and the only way to kill it is to scream." In one scene, the Tingler gets loose in a movie theater.

In the real theater, the audience was sent jumping by buzzers wired under the seats. "Every kid went crazy," Waters tells NPR's Susan Stamberg. "It was cinema mayhem."

Waters also has a favorite playwright: Edward Albee (The Zoo Story, Who's Afraid of Virginia Woolf? and The Goat). As a rebellious youth, Waters says he read Albee and thought "there was another value system, there was another kind of beauty and smartness and coolness..."

Stamberg's report is part of a series, Scenes I Wish I Had Written.