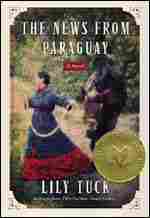 Lily Tuck's novel of 19th century Paraguay wins the National Book Award for fiction. Tuck, awarded the prize for her novel The News From Paraguay, was one of five New York women authors nominated for the fiction award.

Kevin Boyle won the nonfiction prize for Arc of Justice and Jean Valentine's Door in the Mountain won in the poetry category.

Many people in the book world were unhappy when well-known authors such Philip Roth or Cynthia Ozick weren't finalists in the fiction category. Many were equally surprised when the 9/11 Commission report was nominated for a nonfiction award. The hubbub about this year's finalists had a lot of people asking what the award is all about. NPR's Lynn Neary reports.

Excerpt from 'The News from Paraguay,' by Lily Tuck

For him it began with a feather. A bright blue parrot feather that fell out of Ella Lynch's hat while she was horseback riding one afternoon in the Bois de Boulogne. Blond, fair-skinned and Irish, Ella was a good rider -- the kind of natural rider who rides with her ass, not her legs -- and she was riding astride on a nervous little gray thoroughbred mare. Cantering a few paces behind Ella and her companion, Francisco Solano Lopez was also a good rider -- albeit a different sort of rider. He rode from strength, the strength in his arms, the strength in his thighs. Also he liked to ride big horses, horses that measured over sixteen, seventeen hands; at home, he often rode a big sure-footed cantankerous brown mule. Pulling up on the reins and getting off his horse, his heavy silver spurs clanging, Franco -- as Francisco Solano Lopez was known -- picked the feather up from the ground; it briefly occurred to him that Inocencia, his fat sister, would know what kind of parrot feather it was, for she kept hundreds of parrots in her aviary in Asunción, but it was Ella and not the feather that had caught Franco's attention.

The year was 1854 and the forty miles of bridle paths and carriage roads were filled with elegant calèches, daumonts, phaetons; every afternoon, weather permitting, Empress Eugénie could be seen driving with her equerry. Every afternoon too, Empress Eugénie, in fashion obsessed Paris, could be seen wearing a different dress, a dress of a different color: Crimean green, Sebastopol blue, Bismarck brown.The Bois de Boulogne had recently been transformed from a ruined forest into an elegant English park.

Sent as ambassador-at-large to Europe by his father, twenty-six-year old Franco was dressed in a field marshal's uniform modeled on Napoleon's, only his jacket was green -- Paraguayan green. He was short, stocky -- not yet grown stout nor had his back teeth begun to trouble him -- and his thick eyebrows met in the middle of his forehead like a black stripe but he was not unattractive. He was self-confident, naïve, ambitious, energetic, spoilt -- never had anything, except once one thing, been denied him -- and he was possessed of an immense fortune. Franco put the feather in his pocket and mounted his horse again. He caught up with Ella easily and followed her home. 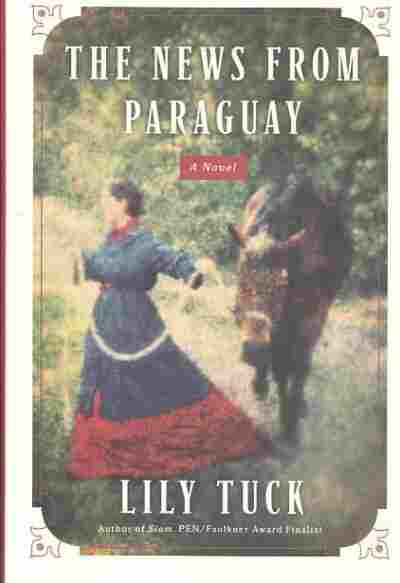