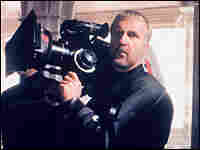 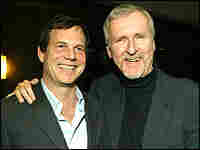 Cameron teamed up with Bill Paxton, left, for the diving exploration film Ghosts of the Abyss. PR Newswire hide caption

James Cameron has directed some of the biggest hits to come out of Hollywood in the past 20 years, from the Terminator series to The Titanic.

After breaking into the film business on the strength of his special effects and cinematography work, Cameron has earned a place among the best storytellers working in film today. His ability to meld epic themes with cutting-edge technology translated into large audience support for his work, as his movies have earned hundreds of millions of dollars.

His work on The Titanic led him to make Ghosts of the Abyss, a documentary-style exploration of the actual Titanic's resting place.

Cameron's latest project is Aliens of the Deep, a documentary about creaturs living at the bottom of the ocean. The project, filmed along the Mid-Ocean Ridge, will be in IMAX theaters in January.