Accessibility links
We've Found The Lost City Of Atlantis ... Again Slate senior editor Andy Bowers explains the myths surrounding the lost city of Atlantis, a metropolis mentioned in ancient texts. Researcher Robert Sarmast says deep-water sonar scanning has revealed an undersea plateau in the Mediterranean, where the city is believed to have once stood. 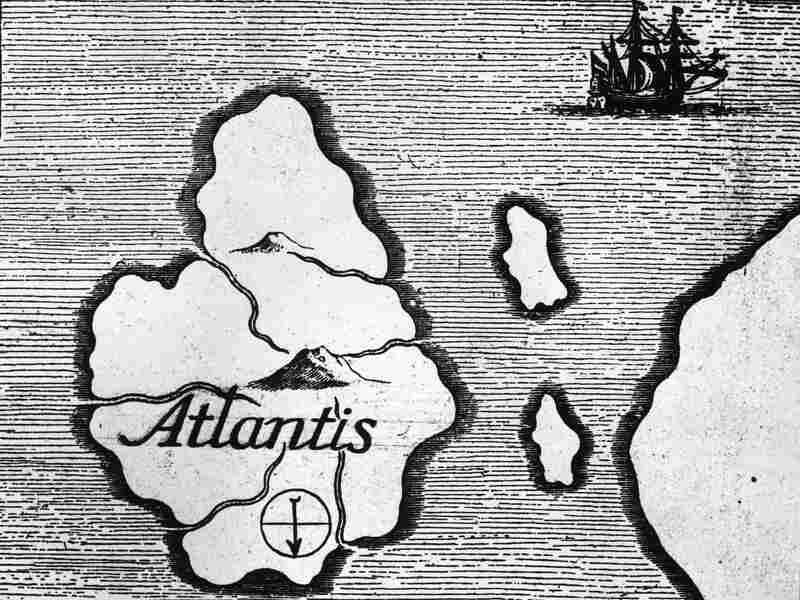 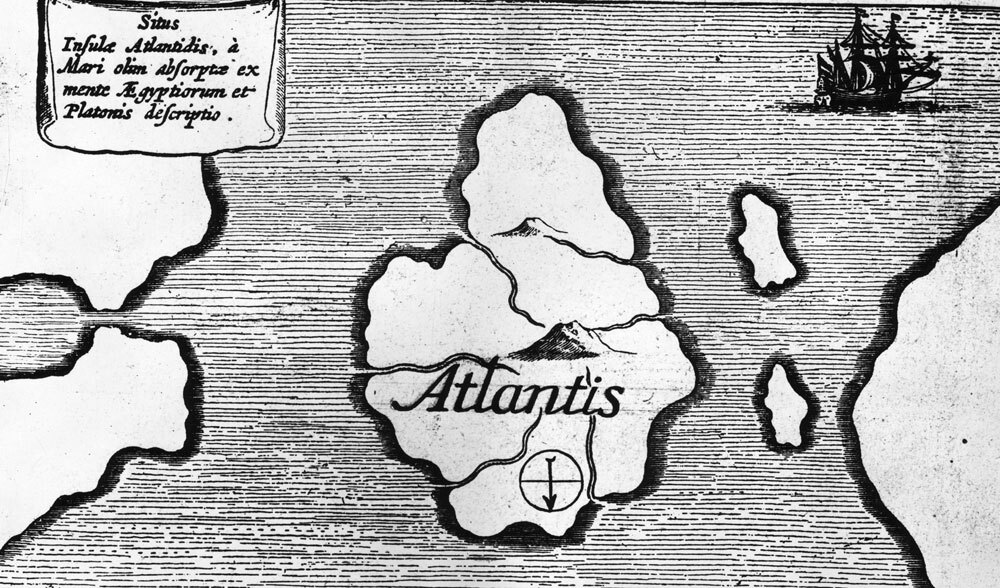 We have the great Greek philosopher Plato to thank for the ongoing obsession with the lost city of Atlantis. Around 360 B.C., Plato wrote that Atlantis was a great and wonderful empire destroyed some 11,000 years before by earthquakes and floods during a 24-hour period.

Here are just some of the many theories advanced over the years about where and what Atlantis was:

In the 19th century, several researchers suggested that ancient Mayan hieroglyphs spoke of a lost continent, and therefore, the site may have been near Mexico. The theory went that the Mayans had interacted with the ancient Egyptians, who, in turn, passed the tale of Atlantis down to the ancient Greeks, which is where Plato got it. But that theory lost steam when it became clear that early Mayanologists didn't fully understand the culture's complex hieroglyphs.

In 1912, the public caught Atlantis fever, thanks to an article titled How I Found the Lost Atlantis in William Randolph Hearst's New York American. It was written by a man claiming to be the grandson of Heinrich Schliemann, the archaeologist who excavated Troy. He'd alleged that Trojan artifacts revealed Atlantis' true location, submerged in the Atlantic Ocean between Europe and the United States. The Azores were supposedly the tips of Atlantian mountains. But the author disappeared soon after the article was published, and it's now widely viewed as one of the great yellow journalism hoaxes.

Other 20th century accounts placed Atlantis off the coast of Portugal, on a Greek island and even in the Brazilian rain forest, although the British explorer who went to prove that theory was never heard from again. Not to be outdone, the early 21st century has seen a flurry of Atlantisitis.

In June, a German physicist claimed the lost city was actually a region in southern Spain. Also this year, a Swedish geographer proposed that Atlantis wasn't near the Mediterranean at all but was, in fact, Ireland. He says the size of the Emerald Isle syncs up nicely with Plato's estimate and that the destruction myth was inspired by the submerging of a North Sea shoal around 6100 BC.