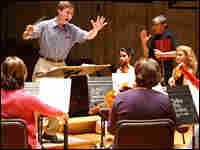 Nestled among the beach bunnies and muscle men of Miami's trendy South Beach neighborhood is a group of 82 young classical musicians. They hail from all across the country, representing America's most promising new artists, and they come each year to participate in a unique training orchestra called the New World Symphony. 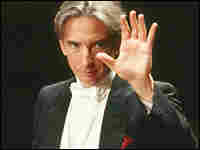 Thomas established the New World Symphony in 1987. He is also the director of the San Francisco Symphony Orchestra, but spends 10 weeks a year in Miami coaching the young resident artists. Having studied with the composer and conductor Leonard Bernstein as a young musician, Thomas sees the New World Symphony as his own way of passing that training down to the next generation of great musicians.

New World Symphony on the Web