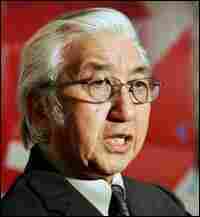 The Museum of Modern Art in New York celebrates its 75th birthday by opening an expanded new home. The $425 million project, five years in the making, doubles the size of MoMA's galleries. David D'Arcy reports. 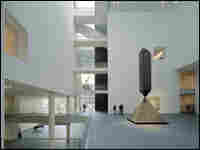 More on the Renovation

For decades, the museum rejected the notion of a permanent collection. Now it owns what many consider the world's finest collection of the art of the last 100 years. When modern art museums were rare, MoMA was viewed as a definitive international tastemaker.

Now, even with twice as much gallery space to fill, curator Ann Temkin says you can't be definitive, at a time when more artists are producing more art than ever before. The contemporary collection is "still a work in progress," she says.

MoMA is always evaluating contemporary art against works in its collection that have stood the test of time, says John Elderfield, chief curator of painting and sculpture.