Ray Charles and Diana Krall: 'You Don't Know Me' 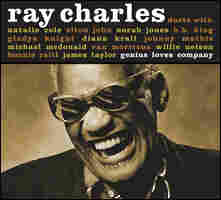 Ramone was a violinist as a child, and got his start in the music industry as a recording engineer. He was a pioneer supporter of the compact disc in the 1980s, and has earned several Grammys. Talking about some of his many career highlights, Ramone reminisces about experiences recording with Dusty Springfield ("The Look of Love") and Joao Gilberto ("Girl from Ipanema"). And he calls Billy Joel "high adventure, one of the great performers of all time."

On one of his latest projects, Ramone produced tracks with Diana Krall, Bonnie Raitt and others for Ray Charles' final album, the duets collection Genius Loves Company. Another recent collaboration was producing On the Moon, jazz sensation Peter Cincotti's latest album.

Does Ramone ever make mistakes? He answers this and other questions from NPR's Scott Simon.