Accessibility links
Growing Up with Israel: Writer Amos Oz Amos Oz's latest is A Tale Of Love And Darkness, a memoir of growing up in Jerusalem in the turbulent 1940s and '50s, when a war-torn Israel was achieving statehood. Oz's home life was as intense as the world outside. The book follows Oz through his mother's suicide to a growing interest in politics and writing. 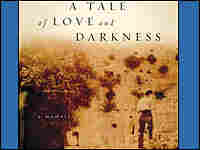 The latest book by Israeli author Amos Oz is A Tale Of Love And Darkness, a memoir of growing up in Jerusalem in the turbulent 1940s and '50s, when a war-torn Israel was achieving statehood. Oz's home life was as intense as the world outside.

The book follows Oz through his mother's suicide to a growing interest in politics and writing. Along the way, he chooses a new name for himself -- Oz, the Hebrew word for strength -- over his family's name, Klausner.

Oz has written many works of fiction and non-fiction, including A Perfect Peace and To Know a Woman. He is a professor of literature at Israel's Ben-Gurion University of the Negev. He has been honored with the French Prix Femina and the 1992 Frankfurt Peace Prize.

from the First Chapter of 'A Tale Of Love And Darkness':

I was born and bred in a tiny, low-ceilinged ground-floor apartment. My parents slept on a sofa bed that filled their room almost from wall to wall when it was opened up each evening. Early every morning they used to shut away this bed deep into itself, hide the bedclothes in the chest underneath, turn the mattress over, press it all tight shut, and conceal the whole under a light gray cover, then scatter a few embroidered oriental cushions on top, so that all evidence of their night's sleep disappeared. In this way their bedroom also served as study, library, dining room, and living room.

Opposite this room was my little green room, half taken up with a big-bellied wardrobe. A narrow, low passage, dark and slightly curved, like an escape tunnel from a prison, linked the little kitchenette and toilet to these two small rooms. A lightbulb imprisoned in an iron cage cast a gloomy half-light on this passage even during the daytime. At the front both rooms had just a single window, guarded by metal blinds, squinting to catch a glimpse of the view to the east but seeing only a dusty cypress tree and a low wall of roughly dressed stones. Through a tiny opening high up in their back walls the kitchenette and toilet peered out into a little prison yard surrounded by high walls and paved with concrete, where a pale geranium planted in a rusty olive can was gradually dying for want of a single ray of sunlight. On the sills of these tiny openings we always kept jars of pickles and a stubborn cactus in a cracked vase that served as a flowerpot.

It was actually a basement apartment, as the ground floor of the building had been hollowed out of the rocky hillside. This hill was our next-door neighbor, a heavy, introverted, silent neighbor, an old, sad hill with the regular habits of a bachelor, a drowsy, still wintry hill, which never scraped the furniture or entertained guests, never made a noise or disturbed us, but through the walls there seeped constantly toward us, like a faint yet persistent musty smell, the cold, dark silence and dampness of this melancholy neighbor.

Consequently through the summer there was always a hint of winter in our home.

Visitors would say: It's always so pleasant here in a heat wave, so cool and fresh, really chilly, but how do you manage in the winter? Don't the walls let in the damp? Don't you find it depressing?

Books filled our home. My father could read sixteen or seventeen languages and could speak eleven (all with a Russian accent). My mother spoke four or five languages and read seven or eight. They conversed in Russian or Polish when they did not want me to understand. (Which was most of the time. When my mother referred to a stallion in Hebrew in my hearing, my father rebuked her furiously in Russian: Shto s toboi?! Vidish malchik ryadom s nami!-What's the matter with you? You can see the boy's right here!) Out of cultural considerations they mostly read books in German or English, and presumably they dreamed in Yiddish. But the only language they taught me was Hebrew. Maybe they feared that a knowledge of languages would expose me too to the blandishments of Europe, that wonderful, murderous continent.

On my parents' scale of values, the more Western something was, the more cultured it was considered. For all that Tolstoy and Dostoevsky were dear to their Russian souls, I suspect that Germany-despite Hitler-seemed to them more cultured than Russia or Poland, and France more so than Germany. England stood even higher on their scale than France. As for America, there they were not so sure: after all, it was a country where people shot at Indians, held up mail trains, chased gold, and hunted girls.

Europe for them was a forbidden promised land, a yearned-for landscape of belfries and squares paved with ancient flagstones, of trams and bridges and church spires, remote villages, spa towns, forests, and snow-covered meadows.

Words like "cottage," "meadow," or "goose girl" excited and seduced me all through my childhood. They had the sensual aroma of a genuine, cozy world, far from the dusty tin roofs, the urban wasteland of scrap iron and thistles, the parched hillsides of our Jerusalem suffocating under the weight of white-hot summer. It was enough for me to whisper to myself "meadow," and at once I could hear the lowing of cows with little bells tied around their necks, and the burbling of brooks. Closing my eyes, I could see the barefoot goose girl, whose sexiness brought me to tears before I knew about anything.

As the years passed I became aware that Jerusalem, under British rule in the 1920s, 1930s, and 1940s, must be a fascinatingly cultured city. It had big businessmen, musicians, scholars, and writers: Martin Buber, Gershom Scholem, S. Y. Agnon, and a host of other eminent academics and artists. Sometimes as we walked down Ben Yehuda Street or Ben Maimon Avenue, my father would whisper to me: "Look, there is a scholar with a worldwide reputation." I did not know what he meant. I thought that having a worldwide reputation was somehow connected with having weak legs, because the person in question was often an elderly man who felt his way with a stick and stumbled as he walked along, and wore a heavy woolen suit even in summer.

The Jerusalem my parents looked up to lay far from the area where we lived: it was in leafy Rehavia with its gardens and its strains of piano music, it was in three or four cafés with gilded chandeliers on the Jaffa Road or Ben Yehuda Street, in the halls of the YMCA or the King David Hotel, where culture-seeking Jews and Arabs mixed with cultivated Englishmen with perfect manners, where dreamy, long-necked ladies floated in evening dresses, on the arms of gentlemen in dark suits, where broad-minded Britons dined with cultured Jews or educated Arabs, where there were recitals, balls, literary evenings, thés dansants, and exquisite, artistic conversations. Or perhaps such a Jerusalem, with its chandeliers and thés dansants, existed only in the dreams of the librarians, schoolteachers, clerks, and bookbinders who lived in Kerem Avraham. At any rate, it didn't exist where we were. Kerem Avraham, the area where we lived, belonged to Chekhov.

Years later, when I read Chekhov (in Hebrew translation), I was convinced he was one of us: Uncle Vanya lived right upstairs from us, Doctor Samoylenko bent over me and examined me with his broad, strong hands when I had a fever and once diphtheria, Laevsky with his perpetual migraine was my mother's second cousin, and we used to go and listen to Trigorin at Saturday matinees in the Beit Ha'am Auditorium.

We were surrounded by Russians of every sort. There were many Tolstoyans. Some of them even looked like Tolstoy. When I came across a brown photograph of Tolstoy on the back of a book, I was certain that I had seen him often in our neighborhood, strolling along Malachi Street or down Obadiah Street, bareheaded, his white beard ruffled by the breeze, as awesome as the Patriarch Abraham, his eyes flashing, using a branch as a walking stick, a Russian shirt worn outside the baggy trousers tied around his waist with a length of string.

Our neighborhood Tolstoyans (whom my parents referred to as Tolstoyshchiks) were without exception devout vegetarians, world reformers with strong feelings for nature, seekers after the moral life, lovers of humankind, lovers of every single living creature, with a perpetual yearning for the rural life, for simple agricultural labor among fields and orchards. But they were not successful even in cultivating their own potted plants: perhaps they killed them by overwatering, or perhaps they forgot to water them, or else it was the fault of the nasty British administration that put chlorine in our water.

Some of them were Tolstoyans who might have stepped straight out of the pages of a novel by Dostoevsky: tormented, talkative, suppressing their desires, consumed by ideas. But all of them, Tolstoyans and Dostoevskians alike, in our neighborhood of Kerem Avraham, worked for Chekhov.

The rest of the world was generally known as "the worldatlarge," but it had other epithets too: enlightened, outside, free, hypocritical. I knew it almost exclusively from my stamp collection: Danzig, Bohemia, and Moravia, Bosnia and Herzegovina, Ubangi-Shari, Trinidad and Tobago, Kenya, Uganda, and Tanganyika. That worldatlarge was far away, attractive, marvelous, but to us it was dangerous and threatening. It didn't like the Jews because they were clever, quick-witted, successful, but also because they were noisy and pushy. It didn't like what we were doing here in the Land of Israel either, because it begrudged us even this meager strip of marshland, boulders, and desert. Out there, in the world, all the walls were covered with graffiti: "Yids, go back to Palestine," so we came back to Palestine, and now the worldatlarge shouts at us: "Yids, get out of Palestine." 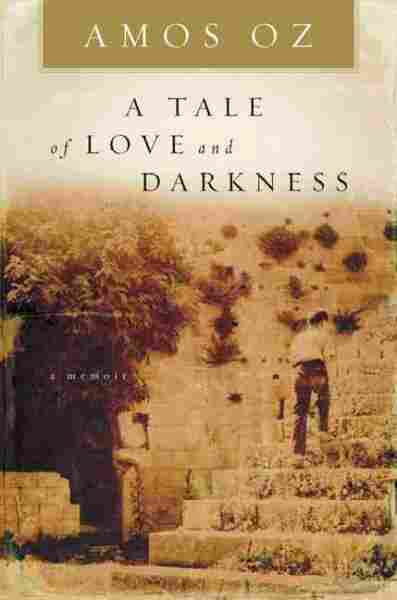