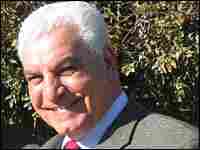 NPR's Alex Chadwick speaks with Zahi Hawass, head of Egypt's Supreme Council of Antiquities, about a new exhibit featuring the remains and possessions of King Tutankhamun. 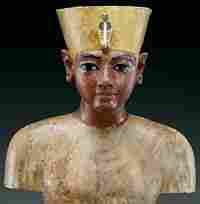 One of the most famous faces in antiquity is coming back to Hollywood -- the artifacts buried with the young Egyptian king Tutankhamun, who died nearly 3,500 years ago, will again take a world tour.

The discovery of the tomb of King Tut by explorer Howard Carter on Nov. 4, 1922, is heralded as one of the great archeological finds of all time. His tomb was filled with about 5,000 artifacts, including a life-size golden mask of the young man’s head.

Treasures from the tomb caused a stir when they were put on display in America almost 30 years ago, and it is still considered one of the great exhibits of all time.

Because some of those priceless artifacts were damaged during the exhibit's first go-around, they have more or less remained in Egypt since then -- but starting in the summer of 2005, they will be on display at the Los Angeles County Museum of Art.

Hawass, who is also the director if the Giza and Saqqara pyramid sites, says 2005 will be "a very good year for King Tut.

"It will bring back all the memories," he tells Chadwick. "If you ask an American, he will tell you exactly when did he go, what day to visit the (first) exhibit -- whom was with him, his girlfriend or his father or his mother. It is... a memory that cannot be forgotten, and therefore I can say King Tut, or Tutankhamun, is back."

Hawass says the 2005 exhibit will feature items not included in the original traveling exhibit -- 131 artifacts in all, 50 that have not been shown in the United States.