"In the year 1878 I took my degree of Doctor of Medicine of the University of London, and proceeded to Netley to go through the course prescribed for surgeons in the Army." 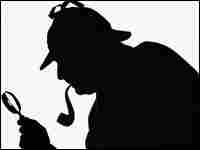 An enduring icon in popular culture, Sherlock Holmes has been portrayed by numerous illustrators and actors. Corbis hide caption

One hundred seventeen years ago, this line was published in the British journal Beeton's Christmas Annual as the opening to a short novel. Titled "A Study in Scarlet," the piece introduced characters that would eventually change the course of popular culture: the great consulting detective Sherlock Holmes and his trusty friend Dr. John Watson.

The author, Sir Arthur Conan Doyle, became one of the most celebrated men in British literature and his protagonist became an enduring icon. Through four novels and 56 short stories, Doyle enthralled readers and inspired a group of intense followers known as "Sherlockian scholars," who delve into every detail of Holmes' life and times.

In the year of the famed sleuth's 150th birthday, Norton has published a definitive edition of the Holmes canon: The New Annotated Sherlock Holmes: The Complete Short Stories. NPR's Liane Hansen talks to Leslie Klinger, editor of the huge two-volume set. From left to right, Jeremy Brett and David Burke, as Holmes and Watson, respectively. According to Klinger, Brett's portrayal will "stand for a generation as the Sherlock Holmes." W. W. Norton & Company hide caption 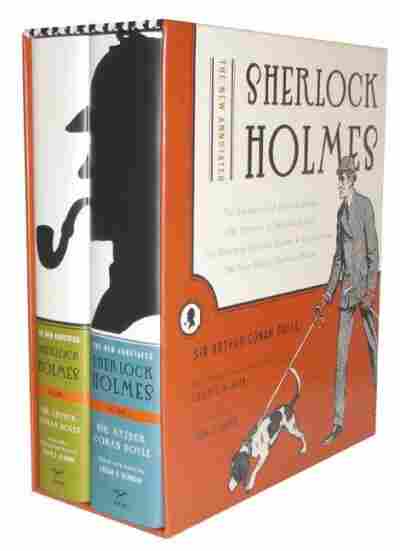