Accessibility links
Singer David Johansen: Return of the N.Y. Dolls The early 1970s glam-punk band the New York Dolls are known for wearing both makeup and leather — and playing a raw, aggressive style of rock that has since influenced many bands. Singer David Johnansen discusses their new live CD.

David Johansen was a member of the early 1970s glam-punk band the New York Dolls. They often wore both makeup and leather as they played a raw, aggressive style of rock. The group's influence spread far beyond its two studio albums, as it paved the way for rough-riding bands like the Ramones and the Sex Pistols. 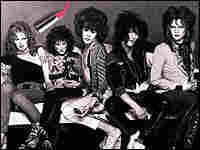 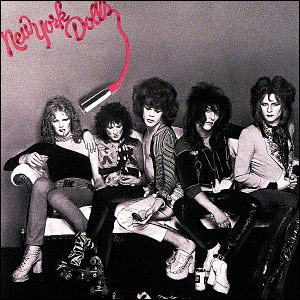 This year, the singer Morrissey asked the New York Dolls to reunite for his UK Meltdown festival. A CD and DVD came out of the performance, called The Return of the New York Dolls: Live from Royal Festival Hall 2004. For the new release, Johansen was joined by original members Sylvain Sylvain and Arthur "Killer" Kane to perform old favorites like "Lookin' for a Kiss" and "Trash."

After the breakup of the New York Dolls, David Johansen took on the persona of Buster Poindexter, a Las Vegas-style lounge singer. In 1987, he had a hit single "Hot, Hot, Hot." He went on to an acting career, performing in the films Candy Mountain, Married to the Mob, and Scrooged.