What can you say about a sequel to a movie remake? Sequels sometimes miss the mark. Movie critic Kenneth Turan says Ocean's Twelve lacks key elements that made its predecessor, Ocean's Eleven, memorable. 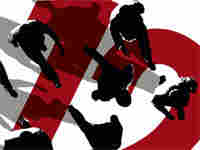