Accessibility links
Photo Collection Tells Stories of Parsis in India You may know the work of Sooni Taraporevala from the big screen — she wrote the screenplays for Salaam Bombay and Mississippi Masala, each of which won awards. But when she's not writing, Taraporevala enjoys taking photographs. Hear NPR's Jennifer Ludden.

You may know the work of Sooni Taraporevala from the big screen -- she wrote the screenplays for the films Salaam Bombay and Mississippi Masala, each of which won awards. When she's not writing, Taraporevala can often be found with a camera in hand, taking photographs that have won her new acclaim. 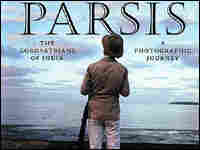 Detail from the cover of 'Parsis: the Zoroastrians of India' Sooni Taraporevala/Overlook Press hide caption

Her latest project is a collection of images of a religious community on the brink of extinction, taken over the course of 20 years. Parsis: The Zoroastrians of India combines Taraporevala's portraits with essays and interviews to give a modern view of Zoroastrianism, the 3,000-year-old religion stemming from the days of the Persian empire.

Taraporevala's family has long practiced the religion, having left Persia (now Iran) for more religious freedom in India centuries ago. NPR's Jennifer Ludden talks with Taraporevala about the book and its subjects.

From the Introduction to 'Parsis: the Zoroastrians of India'

When I was a child growing up in an extended family, I had a peculiar bedtime ritual with my grandmother. I went through a phase when every night after our goodnight kisses, I would ask her, "When I wake up in the morning, will you be there?" In essence, I was asking her to reassure me that she wouldn't die in the night and leave me to wake up grannyless. But to talk openly about my fears was embarrassing, it might also tempt fate; so I'd say that the reason I was asking was maybe she'd be gone before I woke up, to Chowpatty with Dhunmai, to pray and throw coconuts into the sea.

My grandmother and her friend Dhunmai made their pilgrimage to the sea, carrying their coconuts, walking from Gowalia Tank down Babulnath to Chowpatty on only one day of the year, dedicated to the water divinity, Avan. The other three hundred and sixty-four days of the year she had no reason to be out of the house by seven in the morning. She knew it. I knew it. But she'd still patiently play along. Sometimes she would pretend to be exasperated, "Where can I go so early in the morning?" But most times she would just smile and say for the hundredth time, "Yes, I'll be at home when you wake up."

This book has its genesis in that childhood desire to hold on tight to what is precious, not allow it to change or disappear. For me photography has always been a form of magic. Photographs freeze time and survive death. My grandmother did die, so did my grandfather and granduncle and a host of aunts and uncles who took with them an entire world. But not before I had captured them on celluloid. Their photographs still give me some measure of, perhaps, childish comfort.

In 1982 I met photographer Raghubir Singh who saw in my eclectic collection of photographs, the subject that had been staring me in the face but that I had failed to see: a photographic study of the community to which I belong. What had begun nostalgically and personally, grew into a more objective project that encompassed a world larger than my immediate family.

There are only 100,000 Parsis in the world today, mostly in India, particularly in Bombay. Demographically, we are a dying community-our deaths outweigh our births. Parsis like to quote a remark that Mahatma Gandhi once reportedly made, "In numbers Parsis are beneath contempt, but in contribution, beyond compare." Out of an Indian population of more than one billion, Parsis number a mere 76,000. Demographic trends project that by the year 2020, India will have achieved the dubious distinction of being the most populated country on earth with 1200 million people. At that point, Parsis who will number 23,000-0.0002 per cent of the population, will cease to be termed a community and will be labelled a 'tribe', as is any ethnic group below the 30,000 count.

It is a fact that obsesses us-whether we fear our demise or deny it-whether we are optimistic and believe we have survived for so many centuries and will continue to do so, or whether we are orthodox and believe it is better to go down guns blazing, with our laws of exclusivity intact. It is an issue we never tire of, that we debate and fight over endlessly with passion.

Parsis are a people who uprooted themselves and moved to a different world to save their religion. We migrated to India one thousand years ago. The Parsi experience is about dilemmas that most minority communities face; questions about religion and race, survival and extinction, assimilation and identity, tradition and the modern world.

The first time I learnt of our origins was when I was a schoolgirl in cosmopolitan Bombay. My class was made up of Hindus, Muslims, Christians, Jains and Jews. Communal insults were part of growing up. Parsis, who have always had a reputation for being eccentric oddballs, were called, "mad Bawajis". It was after one such teasing session, when I got home in the evening and sat out on our balcony with my grandparents and granduncle that I was told our history.

"Go tell them in school," Maneck kaka had said, "that your ancestors founded the mighty Persian Empire centuries before the Christian era. Cyrus the Great ruled over an Empire so vast it touched the waters of the Mediterranean, the Aegean, the Black, the Caspian, the Indian, the Persian and the Red Seas; had six of the grandest rivers in the world flowing through it-the Euphrates, the Tigris, the Indus, the Jaxartes, the Oxus and the Nile..." My schoolmates were not impressed. They giggled and chanted,

"Cyrus the Great, Born in a plate, In five hundred and fifty eight."

They couldn't care less that Cyrus had risen from a minor chieftain to being the founder of such a vast empire, it was here that east and west met for the first time; he compelled Greece to acknowledge his power, conquered the mighty kingdom of Babylon, freed and allowed the Jews to build their temples and establish themselves in Jerusalem. In his book, The Upbringing of Cyrus, the Greek writer Xenophon says about him:

"He ruled over these nations, though they did not speak the same tongue as he, nor one nation the same as another's: yet he was able to stretch the dread of him so far that all feared to withstand him; and he could rouse so eager a wish to please him that they all desired to be governed by his will."

Darius, his successor, set about consolidating and organising what Cyrus had so casually conquered. His empire encompassed Asia Minor, parts of Greece, Armenia, Azerbaijan, Syria, Palestine, Egypt, northern Arabia, Mesopotamia, Persia, Afghanistan, Turkestan, Uzbekistan, the Tadzhik and part of the Kirgiz Soviet Republics, western Pakistan, the rich Indus Valley and Thrace. It had the first international bureaucracy, the first international army and there was nothing to beat the pomp, pageantry and wealth of the Persian court.

To maintain contact between the different centres of the Empire, Darius created a network of roads which survived a long time after the Empire fell. It is still possible to trace the Royal Road, 1677 miles long, divided into more than one hundred post-stations. An efficient courier service and chains of fire signals kept the court in touch with every corner of the empire and foreshadowed by thousands of years, DHL and FedEx.

As Empires go, the Achaemenian Empire (559BC- 330BC) originally a small highland tribal kingdom obscurely situated in the foot-hills of south-west Iran, was unique on two counts. The Achaemenians carved out a colossal empire in the space of one generation. Unlike other conquerors who forced the vanquished to adapt to a common culture, Cyrus and Darius were liberal and tolerant rulers. Their subjects were granted autonomy to worship their own Gods, speak their own language and retain their own culture. When Cyrus conquered Babylon he issued a decree outlining his aims and policies, later hailed as the first Charter of Human Rights. The original cylinder in cuneiform script is housed in the British Museum. A copy can also been seen at the United Nations building in New York.

Though the Achaemenians patronised the temples of their subjects as a mark of respect and diplomacy, their religion was different from the fertility cults that existed in those days. They were believers in the Good Religion as taught by the prophet Zarathustra.

"Zorro who?" they would ask me in college in America. "Thus Spake Zarathustra" I would say, "Nietzsche, Richard Strauss, 2001 Space Odyssey?" One or the other would usually hit the mark. Maneck kaka once told me that the Parsi Panchayat (our governing body) had enthusiastically ordered several hundred copies of Nietzsche's tome, only to discover that not only was it impossible to understand, but it also had nothing to do with the Prophet as we know Him. The copies languished in the basement and were eventually probably sold for a pittance to the local ragman.

Nietzsche's sister quotes him as saying,

"People have never asked me, as they should have done, what the name Zarathustra precisely means in my mouth, in the mouth of the first Immoralist; for what distinguishes that philosopher from all others in the past is the very fact that he was exactly the reverse of an Immoralist. Zarathustra was the first to see in the struggle between good and evil the essential wheel in the working of things."

Excerpted from 'Parsis: the Zoroastrians of India,' 2004. Used by permission of Overlook Press.

The Zoroastrians Of India : A Photographic Journey 1980-2004