Accessibility links
A Long-Delayed Freedom for Walter Arvinger Walter Arvinger is a free man after 36 years behind bars. The Baltimore man, arrested for murder in 1968, was recently granted clemency and released with the help of a University of Maryland professor and some of his law students. NPR's Robert Siegel examines the case. 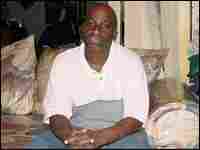 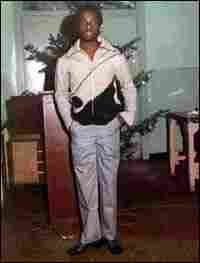 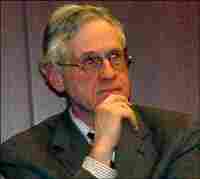 Walter Arvinger is a free man after 36 years behind bars. The Baltimore man, arrested for murder in 1968, was recently granted clemency and released with the help of a University of Maryland professor and some of his law students. NPR's Robert Siegel examines the case.

Arvinger, now 55, left prison in November after Maryland Gov. Robert Ehrlich commuted his sentence. Arvinger was 19 when he entered prison.

"I never look back," Arvinger says. "I don't pay the past no mind. I'm just looking at the future and the present. That's all I do."

On the night of Oct. 6, 1968, Arvinger went to a friend's house. Five boys were there, including Walter. He left the house to buy a slice of cake at a nearby convenience store.

There was a conversation that night about mugging someone, and while Arvinger was out of the house, one of the boys spotted a pedestrian outside, ran after him with three of the other boys in tow and beat 52-year-old James Brown to death with a baseball bat.

Arvinger walked back from the store in time to see the last blow. He joined his friends. Two of the others went through the victim's pockets, but not Arvinger. All five ran away and were arrested two days later.

A year later, Arvinger, who had no prior trouble with the law, stood trial for murder. He was convicted even though no witnesses identified him as taking part in the beating. And in a separate trial, one of the witnesses, a 14-year-old member of the group, said Arvinger was not present during the conversation that led to the mugging.

In December 2002, Michael Millemann, who teaches in the clinical program at the University of Maryland law School, received a handwritten note from Arvinger in which the prisoner proclaimed his innocence.

"I read his [trial] transcript and I was instantly appalled at what I read," Millemann says. He assigned his law students to take up the case. Millemann blames Arvinger's situation on a bad defense, "gross error" by a young, inexperienced trial judge and a botched appeal.

For Arvinger, who is back at home but not exonerated, the next hurdle is to clear his name.

"It's real important for me because I know it's not right for what they done to me," he says. "...So just hope and wait and pray."