Accessibility links
Transplant Pioneers Recall Medical Milestone On Dec. 23, 1954, Boston doctors gave a kidney to a 23-year-old man in the first successful long-term transplant of a human organ. Transplants have since saved more than 400,000 lives. Dr. Joseph Murray and his first donor recall the event. 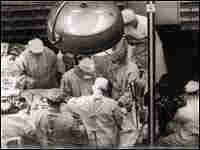 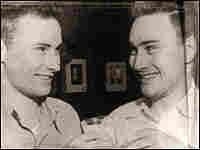 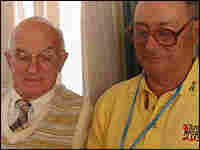 On Dec. 23, 1954, doctors in Boston gave a kidney to a seriously ill, 23-year-old man in the first successful long-term transplant of a human organ. Since then, transplants have saved more than 400,000 lives. But as NPR's Joseph Shapiro reports, that's something transplant pioneer Dr. Joseph Murray never imagined.

Memories of a Medical First

In chapter 9 of his autobiography, Surgery of the Soul, Dr. Joseph Murray recalls the events before and after that first kidney transplant. Read excerpts below:

"We didn't think we made history," Murray says of that first transplant. "We didn't even think of history. We thought we were going to save a patient."

Murray, who was awarded the Nobel Prize in Medicine for his work, thought transplants would be able to help just a tiny number of people. "It seemed almost impossible that you would have twins, one dying of kidney disease and another healthy," Murray says.

Indeed, Murray's first patient and donor were identical twins. They had to be -- they needed the same genetic make up, or else the recipient's immune system would reject the donated organ. It would be years before doctors figured out ways to trick the immune system.

Ronald Herrick was a healthy 23-year-old who had just been discharged from the Army. His twin brother Richard had just gotten out of the Coast Guard -- and was in a hospital, dying of kidney disease.

Ronald Herrick says going through with the then-untried medical procedure was a difficult decision, but when Richard tried to call off the operation the night before surgery, Ronald stood firm.

"I sent him back a message, 'We're going to do it'," Ronald Herrick recalls. "And that was the end of that." 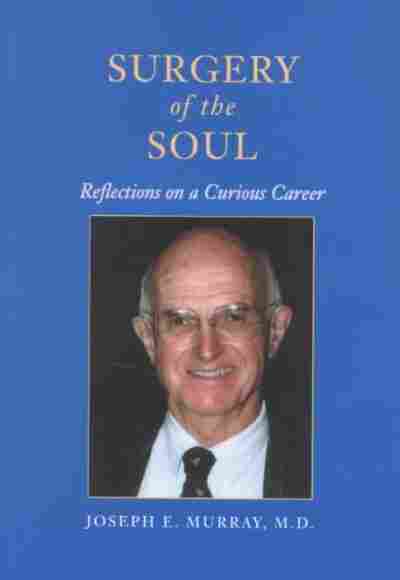 Surgery of the Soul

Reflections on a Curious Career