Accessibility links
'Rapper's Delight' Turns 25 NPR's Mandalit del Barco delves into the history of "Rapper's Delight" — and the ongoing controversy over the song. The hip-hop tune, propelled by a funky Chic bass groove, was first heard on the radio a quarter-century ago and became an instant classic. 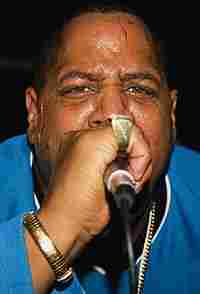 Don't Call It A Comeback...

Music fans were introduced to a new style of music 25 years ago, with a song that would become a hip-hop classic: "Rapper's Delight." 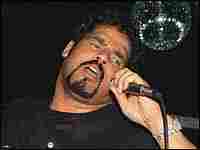 The song by the Sugar Hill Gang was soon a hit around the world and became the first rap song to top major music charts. The song, propelled by a groove made popular by Chic's song "Good Times," almost single-handedly helped propel the new hip-hop genre into the mainstream.

NPR's Mandalit del Barco delves into the history of "Rapper's Delight" -- and the ongoing controversy over the song. Rapper Grandmaster Caz of the Cold Crush Brothers claims the Sugar Hill Gang actually ripped off his lyrics, and he's never been paid. Caz even sang a rebuttal to "Rapper's Delight" -- "MC's Delight."

The song includes phrases that have become mainstays of hip-hop culture: "Sucker MCs" and "Don't stop 'till the break of dawn," for example. It's also invited its share of parodies -- the Adam Sandler film The Wedding Singer boasts one hilarious send-up, and the Spanish group Las Ketchup has gained some fame for a version of the tune, "The Ketchup Song."