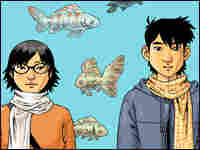 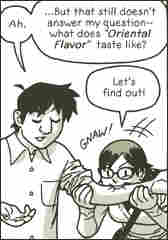 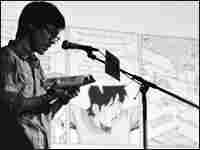 When Derek Kirk Kim's debut graphic novel Same Difference and Other Stories appeared in 2003 as a self-published paperback, it drew little notice. But Kim's sensitive and humorous work soon began receiving nominations for some of the comic world's top awards, and today, the San Francisco-based storyteller is one of the industry's rising stars.

At the age of 30, Kim has already won the "triple crown" of comic honors: the 2003 Ignatz Award for Promising New Talent, the 2004 Eisner Award for Name Deserving of Wider Recognition, and a 2004 Harvey Award for Best New Talent. Last year, graphic novel publisher Top Shelf re-issued a new edition of Same Difference after the first printing sold out.

An eclectic mix of stories and art, Same Difference follows the lives of friends Simon and Nancy, two twenty-something Asian Americans living in the suburbs. Kim, who was born in Korea and moved to the United States when he was 8, talks with NPR's Jacki Lyden about his work.

Derek Kirk Kim on the Web 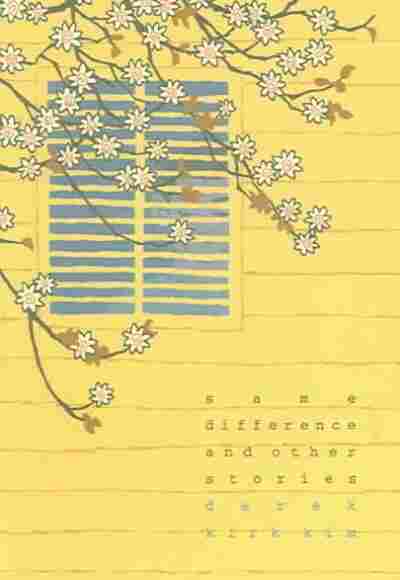 Same Difference and Other Stories