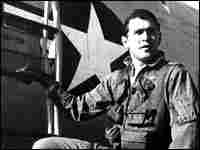 CBS News fires four staff members for their roles in producing a 60 Minutes Wednesday report on President Bush's service in the Texas National Guard. The report relied on falsified documents that CBS News later admitted it could not verify.

The move follows the release of an independent panel report prepared by former Attorney General Dick Thornburgh and former Associated Press President Louis Boccardi. The panel faulted "a myopic zeal to be the first news organization to broadcast" the documents and "a blind defense of the segment after it aired despite numerous indications of its shortcomings."

Dan Rather, who narrated the story, announced in November that he will step down as anchor of CBS Evening News in March.