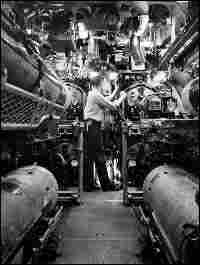 Fifty years ago this month, the U.S. Navy launched the world's first nuclear submarine, the USS Nautilus. Now a floating library and museum in Groton, Conn., the vessel ultimately changed the nature of naval warfare. 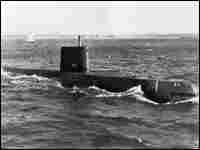 From the beginning, the submarine proved worthy of her motto, "The First and Finest." Nautilus underwent extensive trials and shattered all submerged speed and distance records. With her infinite power supply and ability to make oxygen and purified water from seawater, Nautilus had only one limitation: food.

Her first commander, 87-year-old retired Vice Admiral Eugene Wilkinson, knew this gave the ship a clear advantage over the era's diesel submarines. "Eventually they would have to run their diesel," he tells reporter Susan Perrin. "And when they did, my sonar man would hear them and we'd sneak up on them and the world was ours."

In 1958, the submarine embarked on her most secret mission, Operation Sunshine. With 116 men on board, the voyage made USS Nautilus the first vessel in the world to travel under the North Pole.