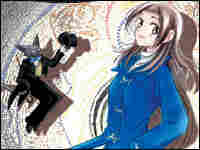 Read Excerpts of Comics from Viz

Peter Carey, author of Wrong About Japan : A Father's Journey with His Son (Knopf, 2005); two-time Booker Prize winner (for Oscar and Lucinda and True History of the Kelly Gang.