Accessibility links
Keeping Warm with Short-Rib Stew It's cold outside and the winter appetite steers the mind to thoughts of stew. NPR's Melissa Block gets some tips for making a fine stew from New York Times food columnist Mark Bittman. 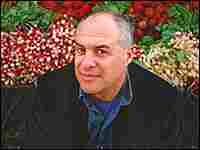 It's cold outside and the winter appetite steers the mind to thoughts of stew: Something comforting, something to park on the stove or in the oven for a long time, without the need for much poking or prodding.

NPR's Melissa Block gets some tips for making a fine stew from Mark Bittman, author of How to Cook Everything and the New York Times food column "The Minimalist."

4 to 8 short ribs, depending on size

1. Preheat the oven to 450 degrees. Put the ribs in an ovenproof skillet, meatiest side down, and put in the oven; roast until nicely browned, about 15 minutes. If time and energy allow, brown the other sides similarly. Otherwise proceed. Reduce the oven heat to 300 degrees.

2. Sprinkle the ribs with salt and pepper and remove them from the pan; pour off most of the fat. Add the onion, carrot, celery, garlic, bay leaves, and thyme to the pan and cook, stirring occasionally, until softened and beginning to brown, about 10 minutes. Add the wine and let it bubble for a minute, then add 1 cup water and the stock (or use 2 cups water). Return the ribs to the pan and partially cover. Put in the oven and cook, turning every hour or so, until the meat is very, very tender, at least 2 hours and probably longer, adding additional liquid to the pan if it threatens to dry out.

4 lamb shanks, each about a pound

2 to 3 cups peeled and cubed rutabaga or white turnip

1. Put the oil in a large skillet and turn the heat to high. A minute later, add the meat (you can cover the pot loosely to reduce spattering; alternatively, you can brown it in the oven as in the short rib recipe) and sear for at least 5 minutes on each side, or until nicely browned. While the meat is browning, combine the soy sauce, ginger, anise, and 2 cups of water in a casserole big enough to fit the meat snugly. Bring this mixture to a boil, then adjust the heat so that it simmers.

2. When the meat is browned, add it to the simmering liquid and cover the pot. Cook, turning the meat once or twice an hour and adding more water if necessary, for about 3 hours, or until the meat is just about tender (poke it with a thin-bladed knife; when the meat is done it will meet little resistance). Fish out the star anise and add the rutabaga, stirring to make sure it is coated with liquid (again, add more water if necessary). Re-cover and cook until the rutabaga is very tender, about 30 minutes.

3. Garnish with the scallion and serve, preferably with white rice.

Time: about an hour

1 carrot, peeled and cut into chunks

1 parsnip, peeled and cut into chunks

1. Melt the butter in small casserole or medium saucepan over medium-low heat. Add 2 tablespoons water and all the vegetables except the scallions, along with some salt and pepper. Cover and cook over low heat, stirring occasionally, until the vegetables are very tender, at least 30 minutes.

2. Uncover, add the scallions, and cook, stirring once or twice, until the scallions wilt. Taste and adjust seasoning, garnish, and serve. 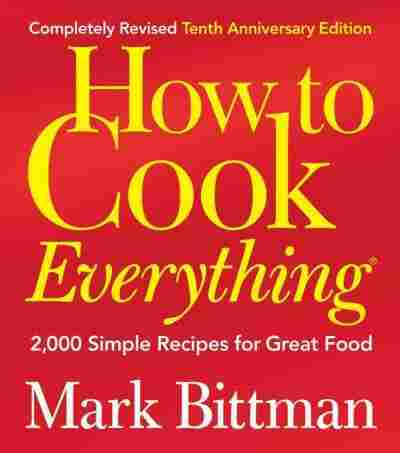 How to Cook Everything

by Mark Bittman and Alan Witschonke