Accessibility links
Part 2: A 'Method' of Acting Many Oscar winners have studied with famous acting teachers such as Lee Strasberg and Stella Adler. Their teaching methods remain a huge influence on the art of acting, both on the silver screen and on the live stage.

Listen
Part 2: A 'Method' of Acting

Web Extra: Ellen Burstyn Decides to Take the 'Next Step' and Study with Lee Strasberg 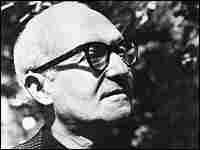 Lee Strasberg, the founder of the "Method" school of acting, pictured in the 1970s. Bettmann/CORBIS hide caption

Many Oscar winners from Al Pacino to Benicio del Toro have studied with famous acting teachers such Lee Strasberg and Stella Adler -- dramatic personalities who wielded unquestioned power within their studios. Their teaching methods remain a huge influence on the art of acting, both on the silver screen and on the live stage. In the second of her three-part series on acting, NPR's Lynn Neary reports on the way these two well-known teachers approached their craft. 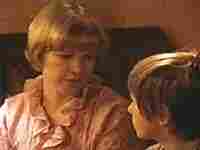 Stella Adler, the actress turned teacher who founded her own school, was one of the original members of the Group Theatre, an idealistic collective of actors, writers and directors in the 1930s. Under the leadership of Lee Strasberg, members of the Actor's Studio learned the techniques of Constantine Stanislavsky -- a process Strasberg eventually made famous as "the Method."

Strasberg pushed his students to look inward to find the "emotional truth" of a scene, using their own feelings and empathy. One of Strasberg's students was Ellen Burstyn, nominated six times for Academy Awards. Burstyn won for her portrayal of a young widow struggling to create a new life in 1974's Alice Doesn't Live Here Anymore. She's now co-president of the Actor's Studio with Harvey Keitel and Al Pacino.