Accessibility links
Part 3: Just Act For some actors, the Method has become an ossified idea instead of an evolving system -- which is what Stanislavsky first envisioned it to be. Now some actors and writers are trying a number of approaches that put a writer's words front-and-center. 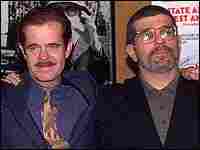 Just as soon as the Stanislavsky-Strasberg "Method" of acting rose to prominence, it started getting a bad name. Complaints about Marlon Brando's mumbling appeared side-by-side with reviews of his brilliant acting. For some actors, the Method became an ossified idea instead of an evolving system -- which is what Stanislavsky first envisioned it to be. 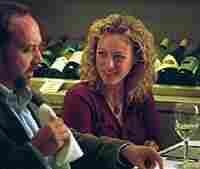 In the last of her three-part series, NPR's Lynn Neary says some prominent actors are rejecting the excesses of the Method and instead taking emphasis off the actor and putting it back on the written script.

Before Virginia Madsen landed an Oscar nomination for her portrayal of the sensual, sensitive waitress Maya in Sideways, she spent a lot time languishing in B movies and worked with a lot of different kinds of actors -- and she developed a healthy skepticism about the Method. Madsen says for some actors, the Method has become little more than an annoying self-indulgence.

Actor William Macy and playwright David Mamet formed the Atlantic Theater Company in 1983, inspired by Stanislavsky and their passion for ensemble acting. But Macy tells Neary they were also determined to reject the excesses of the Method, focusing instead on exploring a variety of ways of interpreting a scene. And at a certain point, it's academic -- an actor simply must act.