Accessibility links
Food: Levine on Pizza in America Pizza, one of the world's most popular foods, comes in many styles — from New York to Chicago to artichokes and free-range chicken. Food writer Ed Levine's new book, Pizza, a Slice of Heaven, gathers fact and opinion on an American staple. 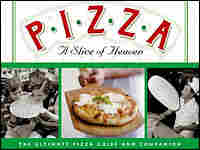 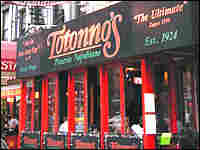 Keepers of the Flame

Day in and day out, these perfectionists set the standard for pizza in the United States:

— from Ed Levine's Pizza: A Slice of Heaven

New York City's Lombardi's Pizza opened its doors in 1905, marking a special centennial for a food that has become an American staple.

Food writer Ed Levine is a regular contributor to the Dining pages of The New York Times and is the author of New York Eats and New York Eats More. His new book is Pizza, a Slice of Heaven: The Ultimate Guide and Companion.

Levine and a host of other writers weigh in on questions that liven up tables of pizza eaters daily. From style distinctions -- New York vs. Chicago vs. gourmet -- to comparing the U.S. version to pizza's Italian roots, Pizza dishes facts and opinions of a cultural force. 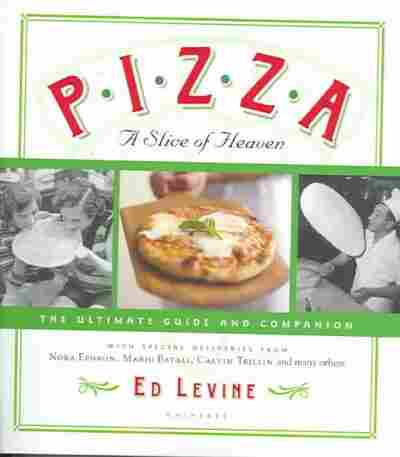 A Slice Of Heaven: The Ultimate Guide and Companion