Accessibility links
Stories by the Fire: Frank Delaney's 'Ireland' Frank Delaney joins Scott Simon to talk about Ireland: A Novel, which is steeped in the storytelling tradition of the novelist's homeland. 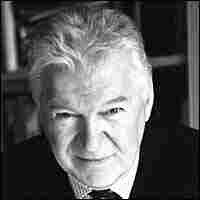 Delaney theorizes that the Irish have traditionally been good communicators because the absence of education gave rise to a verbal subversiveness. Jerry Bauer hide caption 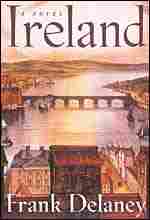 Ireland: A Novel centers on a mysterious storyteller in 1951 Ireland. hide caption

In a way, Frank Delaney's Ireland: A Novel is a story about a story: One evening in 1951, a mysterious old man stops at a house in the Irish countryside and imparts a tale so epic and striking that one of the listeners, a boy of nine, sets out to find the tale-teller again after he leaves.

Delaney, who was born in Tipperary, Ireland, offers in his book a tour of his homeland that spans centuries, encompassing both myth and reality. He is a noted broadcaster for the BBC and the author of eight other novels. In a conversation with Scott Simon, Delaney talks about Ireland's strong history of folklore and narration.

Read an Excerpt of Ireland by Frank Delaney

Wonderfully, it was the boy who saw him first. He glanced out of his bedroom window, then looked again and harder -- and dared to hope. No, it was not a trick of the light; a tall figure in a ragged black coat and a ruined old hat was walking down the darkening hillside; and he was heading toward the house.

The stranger's face was chalk-white with exhaustion, and he stumbled on the rough ground, his hands held out before him like a sleepwalker's. He looked like a scarecrow deserting his post. High grasses soaked his cracked boots and drenched his coat hems. A mist like a silver veil floated above the ground, broke at his knees, and reassembled itself in his wake. In this twilight fog, mysterious shapes appeared and dematerialized, so that the pale walker was never sure he had seen merely the branches of trees or the arms of mythic dancers come to greet him. Closer in, the dark shadows of the tree trunks twisted into harsh and threatening faces.

Across the fields he saw the yellow glow of lamplight in the window of a house, and he raised his eyes to the sky in some kind of thanks. With no fog on high, the early stars glinted like grains of salt. He became aware of cattle nearby, not yet taken indoors in this mild winter. Many lay curled on the grass where they chewed the cud. As he passed, one or two lurched to their feet in alarm and lumbered off.

And in the house ahead, the boy, nine years old and blond as hay, raced downstairs, calling wildly to his father.

The stranger's bones hurt, and his lungs ached almost beyond endurance. Hunger intensified his troubles; he'd eaten one meal in three days. The calm light in the window ahead pulled him forward in hope. If he held their attention, he might get bed and board for a week -- and maybe more. In the days of the High King at Tara, a storyteller stayed seven days and seven nights. Did they know that? Nobody knew anything anymore.

With luck, though, the child in this house would help. Children want stories, and the parents might stretch their hospitality, fired by the delight in the boy's eyes. Unlike last night's billet; high up on a hill farm, he had slept in a loft above the cows, where the east wind got at his bones. The ignorant people there, who had no use for stories, gave him no food and closed their fireside to him. It happened more and more.

But this house would surely prove better; and it was, after all, Halloween, the great time of the year for telling stories, the time of All Souls', when the dead had permission to rise from their graves and prowl the land.

Over the last few hundred yards the fog dispersed into flitters and wisps. At the house, a small white gate opened from the lane into a country garden, which in summer would shine with bunched roses and morning glories and tresses of sweet pea. The tall man in the black coat rapped twice on a brass knocker. Immediately, the husband of the house opened the door.

The stranger and the householder exchanged a solid handshake, eye to eye. Behind his father, the boy waited in the hallway, jigging from foot to foot.

"God save all here," said the stranger; he hunched his shoulders nervously.

Over the years, his voice had grown deep and rotund. His manner and speech had an unusual formality, with trace elements of stately English from an earlier century and a hint of classical learning. Consequently, his language rang generally more colorful than the speech of the people he met every day.

The man of the house smiled and stood aside.

"Come in. You brought clear skies to us."

"With your permission, I'll bring clear thoughts too."

The man extended a cold, bony hand to the boy peeking around his father's waist.

"A fine boy. God save you too, ma'am!" called the Storyteller to the woman of the house.

She looked irked, and he guessed that he, this stringy, unwashed man, with skin like canvas, would disrupt her rigorous household; nonetheless she set a place for him while her husband, pleased and comfortable, poured the visitor a drink.

The boy watched the stranger attacking the food like a tired hound. He sensed that the man's hunger fought with the man's decorum. Nobody spoke because the newcomer seemed too famished to be interrupted. The boy examined the man's face, saw the long, thin scar, wondered if he had been in a knife fight, perhaps with a sailor on some foreign quayside.

And the sodden boots -- in his mind he saw the stranger fording streams, climbing out of gullies, traversing slopes of limestone shale on his endless travels across the country. Did he have a dog? Seemingly not, which was a pity, since a dog could have sat guard by the fire at night. Did the man ever sleep in caves? They said that bears and wolves had long been extinct in Ireland -- but had they?

That evening, in that white house among the fields, a boy's most passionate dream came true. His father had long talked of the traveling storytellers. He said they possessed brilliant powers; they brought the long-gone past to life vividly, without what he called "the interference of scholars. Those professors," he said. "They dry out history in order to put it down on paper." In his father's view, a tale with the feeling taken out of it had "no blood and was worth very little."

But the old stories, told by traveling storytellers round the fireside on winter evenings -- they came hurtling straight down the long, shiny pipeline of the centuries, and the characters, all love and hate and fire, "tumbled out on our own stone floor." 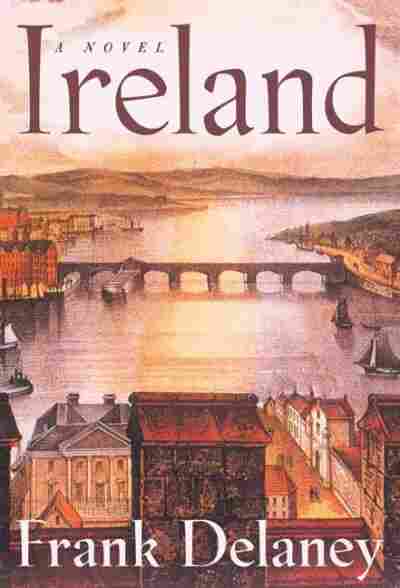