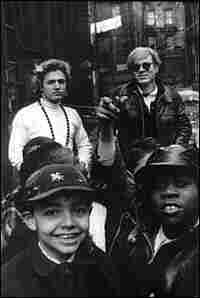 Nat Finkelstein's photograph of Andy Warhol, supposedly at the moment the artist predicted, "In the future, everyone will be famous for 15 minutes." Warhol's assistant Gerard Malanga is at left beside him. Nat Finkelstein hide caption

The year 1965 may have many other distinctions, but one of them is that it's the first year that 90 percent of all Americans owned at least one television. It's also the year that avant-garde artist Andy Warhol, in his bid for national celebrity, is believed to have said, "In the future, everyone will be famous for 15 minutes."

In Jeff Guinn's book The Sixteenth Minute: Life in the Aftermath of Fame, Guinn and co-author Douglas Perry explore what happens when your 15 minutes are up.

In the book's epilogue, photographer Nat Finkelstein argues that he not only photographed Warhol at the time the phrase was coined -- but that he was, in fact, the one who came up with the phrase. Read on for Finkel's account of the moment.

Excerpt from 'The Sixteenth Minute'

I wanted to photograph [Warhol] in very normal surroundings. So I took Andy into a street where kids were playing. When I got ready to shoot, the kids ran in front of the camera and started jumping up and down. A butcher came hustling over still in his white apron with blood on it. They all wanted to be in the picture as badly as Andy did, and Andy wanted to [be in it] one hell of a lot."

Then, Finkelstein says, came the moment -- though not the way we've all believed for so long.

"Andy's looking at them and he says to me, 'Gee whiz, Nat, everybody wants to be famous'," Finkelstein says, leaning his bulk forward across the table. "I say back, 'Yeah, for about 15 minutes, Andy'. He took that line. My quote became Andy Warhol's famous words. It doesn't matter to me. I'm more upset about the time he let somebody steal a whole roll of my negatives." 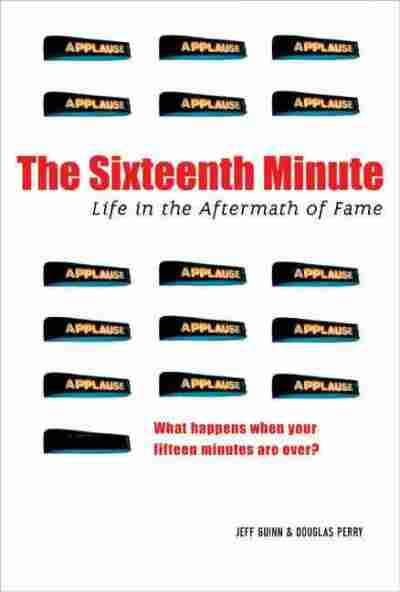 by Jeff Guinn and Douglas Perry