Accessibility links
Memorable Concerts from Singer Bobby Short NPR's Piano Jazz and WBGO in Newark honor the jazz singer and pianist Bobby Short with a look back at two of his live performances. The encore presentations include an appearance on Piano Jazz with Marian McPartland.

NPR honors the irrepressible singer Bobby Short, who died March 21 at age 80, with encore presentations of two of his live performances.

'All of You': A Concert with Bobby Short and His Trio 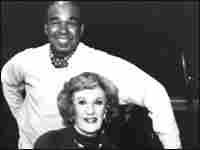 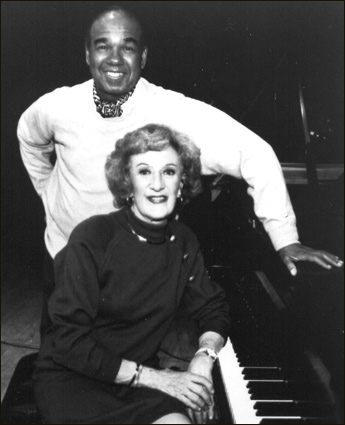 From his early days as a 12-year-old saloon singer in Danville, Ill., to his 35-year engagement at the swank Cafe Carlyle in New York, Short spent most of his life delighting audiences with his sophisticated and elegant versions of American popular songs. A 1997 live Piano Jazz concert features Short's version of Cole Porter's "Just One of Those Things," Marian McPartland's musical portrait of Short and a two-piano version of "When Lights are Low" by Benny Carter and Spencer Williams.

'All of You': A Concert with Bobby Short and His Trio

As a tribute to Short, NPR and member station WBGO in Newark reprise a memorable springtime performance from the American Jazz Radio Festival archives. In April of 1990, Bobby Short and his trio crossed the Hudson River from their usual digs at the Cafe Carlyle to turn the John Harms Center in Englewood, N.J., into a cabaret club. Short performed two sets of what he did best -- piano bar entertainment elevated to high art. Flawless in pacing and performance, unflagging in energy and sweet of voice, Short highlights his specialties: Cole Porter, Rodgers and Hart, and other masters of the "Great American Songbook."