Accessibility links
The History of 'This I Believe' In 1951, radio pioneer Edward R. Murrow asked Americans from all walks of life to tell him about their most fundamental and closely held beliefs. It was an extraordinarily successful series. Listen to his introduction.

The History of 'This I Believe'

The History of 'This I Believe'

This I Believe is an exciting national media project that invites Americans from all walks of life to write about and discuss the core beliefs that guide their daily lives. They will share these statements in weekly broadcasts on NPR's Morning Edition and All Things Considered.

The series is based on the 1950s radio program This I Believe, hosted by acclaimed journalist Edward R. Murrow. Each day, some 39-million Americans gathered by their radios to hear compelling essays from the likes of Eleanor Roosevelt, Jackie Robinson, Helen Keller and Harry Truman as well as corporate leaders, cab drivers, scientists and secretaries -- anyone able to distill into a few minutes the guiding principles by which the lived. Their words brought comfort and inspiration to a country worried about the Cold War, McCarthyism and racial division. 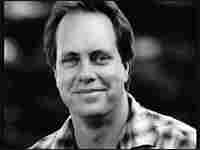 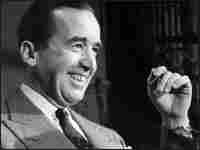 toggle caption
Courtesy of the Estate of Edward R. Murrow
Murrow's Introduction to the Original Series

Eventually, the radio series became a cultural phenomenon. Eighty-five leading newspapers printed a weekly column based on This I Believe. A collection of essays published in 1952 sold 300,000 copies -- second only to the Bible that year. The series was translated and broadcast around the globe on the Voice of America. A book of essays translated into Arabic sold 30,000 copies in just three days.

In reviving and reinvigorating This I Believe, our goal is not to persuade Americans to agree on the same beliefs. Rather, we hope to encourage people to begin the much more difficult task of developing respect for beliefs different from their own. Fifty years ago, Edward R. Murrow's project struck such a chord with millions of Americans. It can do so again today.