Accessibility links
Camille Paglia: Why Poetry Still Matters Academic turned cultural critic Camille Paglia argues that the way poetry is taught often strips the art form of its power and context. Her book, Break, Blow, Burn, aims to teach readers how to reconnect with the power and pleasures of poetry. 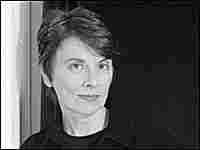 In her new book, academic turned cultural critic Camille Paglia argues that the way poetry is taught often strips the art form of its power and context. Having grown up with a reverence for poetry, she laments a world that says poetic language no longer speaks to them. Her book, Break, Blow, Burn, is an effort to teach readers how to reconnect with the power and pleasures of poetry.

Camille Paglia, professor of humanities and media studies, University of the Arts, Philadelphia.

Simplicity is the hallmark of William Carlos Williams's most original work, which never loses its mysterious freshness. Like Wordsworth, Williams sought a common language to close the gap between poetry and everyday experience. "The Red Wheel Barrow" invites us to cast off habit and look at life again with childlike wonder. The poem is an example of Imagism, a modernist Anglo-American movement influenced by unrhymed Asian poetry (such as haiku and tanka) that strictly limits the number of lines and syllables. In Imagist poetry, sharp physical details are presented but not explained: the images must speak for themselves.

The red wheelbarrow carries a heavy load of meaning ("so much depends upon"), but what that might be is left unsaid (1). Or perhaps it is inexpressible: language, as an emanation of the human brain, can never fully reach the stubbornly concrete world. To understand his own riveted reaction, Williams analyses the scene into its visual elements and lays them out in small, spare units, unpunctuated to induce our contemplativeness. As an ordinary, functional, workaday object, the wheelbarrow wouldn't rate a second glance from most passersby. But the poem sees it as potentially as beautiful and significant as any high symbol of art or culture. Another artist of Williams' generation, the Dadaist Marcel Duchamp, performed a similar alchemy on coal shovels and urinals. But by putting his "readymades" on exhibit in art shows, Duchamp altered their context. Williams honors the wheelbarrow's natural environment and makes us feel its harmony.

Though no people are visible, the wheelbarrow is their mark or signature, evidence of human industry and ingenuity. This robust tripod with its warm, festive color presides over the barnyard in a tranquil scene resembling a Dutch genre painting. It represents a stable agrarian society that was already slipping away when the poem was written. Time seems frozen in a moment of heightened perception. "Glazed with rain water", the wheelbarrow gleams as if sprinkled with diamonds or iced like a cake in a fairy tale (5-6).

The rain may have stopped, but we still feel its soft fall in Williams' spilling lines. The poem is a single sentence consisting of a series of prepositional phrases that dangle from the verb, "depends", in the first line. The root meaning of "depend" is to hang down: hence the poem seems to rappel down the page on a smooth chain of words. Movement slows, then speeds up again at the surprise split of "wheelbarrow" in two: when "barrow" drops to the next line (cleverly sliding off "wheel"), we must pause and take breath (3-4). Conglomerations of language are being teased apart for inspection by the appraising eye.

At the very end, "white chickens" bring a hint of bustling energy to the otherwise inanimate tableau (7-8). They suggest purity, guilelessness, and an attitude of inquisitive openness. Though chickens lack the romance of Aphrodite's doves or the proud spirit of Yeats' falcon, Williams is unembarrassed to make them his dramatis personae. Chickens are half-comical beings who long ago renounced flight to become man's unassuming servants, domesticated citizens of the peaceable kingdom. They may faint in a fight, but they are productive, gregarious, and active.

As an object, Williams' sparkling wheelbarrow is both structure and surface. Hence like Wallace Stevens' Tennessee jar, it can be seen as an analogue to the poem itself. Indeed, each of Williams' neat, tiny stanzas has a recessive wheelbarrow shape: the first line is the wheelbarrow's long handles, while the daringly terse, one-word second line mimics the sloping cart. The poem's title, like a novelty cookie-cutter, seems to be industriously stamping out pointy stanzas from the sludgy batter of language.

If the wheelbarrow is the art work, then the milling chickens are perhaps partly a cartoon version of art's restless, hungry audience with its pecking questions and complaints and short attention span. At the finale of Coleridge's "Kubla Khan", the suspicious, uncomprehending audience does a hostile circle dance. In Williams' poem, however, the audience loiters in neighborly coexistence with the steady, charitable artist. Solid and sturdy, the wheelbarrow represents Williams' practical view of poetry: the art work collects and transports material reality, but we do the sorting. In a democratic age of universal literacy, the artist is neither king nor outcast but the reader's companion and equal partner. The leveling of hierarchies is also suggested by the poem's humbling avoidance of capital letters.

What "depends upon" the wheelbarrow? For Williams, it is the act of focus, the effort to see clearly. Within its frame, art establishes relationships, however the result of chance. The red wheelbarrow is merely "beside" the chickens, momentarily juxtaposed (7). But silvered with rain, it seems to glow with the numinous, as if the object world were sanctified by consciousness.

Copyright © 2005 by Camille Paglia. Reprinted by permission of Pantheon Books, a division of Random House, Inc. 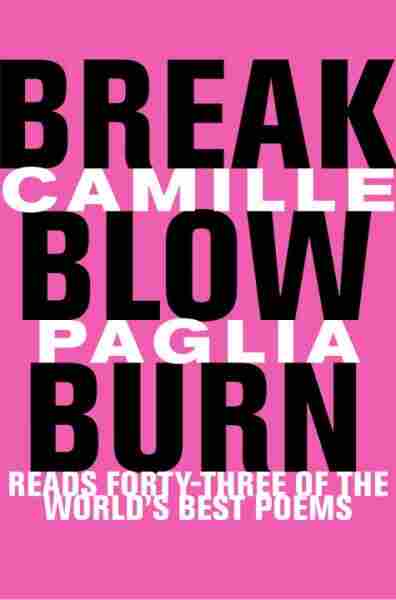